This opinion article was first published on CLUAS in September 2005

'You've Got To Hide Your Love Away'

Aidan Curran reflects on homosexuality in pop music and the taboos that still surround it... 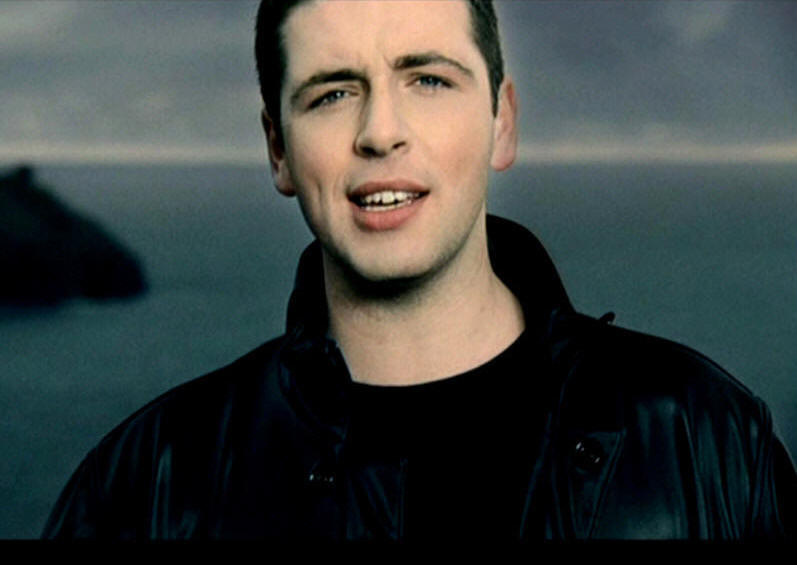 Mark Feehily from Westlife recently revealed - via tabloid, naturally - that  he was gay. Being neither gay nor a Westlife fan, I had no feelings of solidarity, shock or anything about it. Initially I gave it as little interest as I do to Brian McFadden's nauseating attempts to cling to celebrity status by moaning about it as publicly as possible. On the whole, the 'news' was typically greeted with the so-whats of those not normally given to considering either Westlife or who Westlife are sleeping with. However, there's more of interest here than just pop gossip.

Why does this have any relevance beyond the tabloid world? Well, even though much of rock and pop's power comes from dabbling with taboos and shocking the mainstream its main subject matter has always been traditional  heterosexual lust, and creating pop and rock idols of either female romantic desire or manly hero-worship has been a lucrative business ever since Elvis. In his excellent books on the British music scene

in the 1960s, Simon Napier-Bell recalls one of the first British pop impresarios, Larry Parnes, who masterminded the late '50s explosion of UK rock n'roll acts such as Billy Fury and Cliff Richard. Napier-Bell believes that Parnes' genius was to spot the young men that he himself fancied, give them butch-sounding names and groom them into stars for teenage girls to similarly lust after, thus creating the money-making machine that is the modern teen-idol phenomenon.

"The prospect of an openly-gay teen idol or R n' B star, for instance, may be a long time away...."
Boybands, though often initially promoted through the gay-club scene, are ostensibly marketed at pre-teen girls gazing doe-eyed at Smash Hits posters of this month's squeaky-clean-but-just-a-little-naughty heart-throbs. Feehily's revelation, therefore, arguably spells the end for Westlife just as Stephen Gately's similar disclosure marked the fading-out of Boyzone. Yet both groups were already in a state of terminal decline and disappearing interest anyway. Between McFadden's departure and Feehily's disclosure, little had been heard of Westlife. Their amazingly misjudged and ill-advised album of Rat-Pack standards was a deserved flop; the group clearly had outstayed their welcome. Nowadays even their manager is more visible than they are. For their part, neither Feehily nor Gately before him seemed willing to reveal their sexuality at the peak of their success, to effectively sabotage their lucrative careers as dream-fodder for young girls and their pocket-money. Some may cry 'hypocrite'.

But let's be fair here - a person still probably needs a lot of courage and support to come out. The additional pressure of public attention must surely exacerbate the matter. Having done the honourable thing in perhaps inspiring others to make the same admission as he's done, let's hope that Feehily will not now follow the form of McFadden and desperately milk his private life for tawdry tabloid publicity.

"Successful and aspiring artists  must submit themselves to the relentless pressure of image, conformity and audience approval...."
In truth, however, many openly gay mainstream pop stars, such as Elton John, Boy George or the Scissor Sisters, are usually stereotyped as flamboyant queens or cordoned off into glam or disco. In recent years, though, a country artist like K.D. Lang, rocker Melissa Etheridge and indie acts like Bob Mould and Rufus Wainwright have spoken and written frankly about their sexuality without resorting to caricature - yet these are arguably left-field acts who can already rely on a more liberal-minded audience. The prospect of an openly-gay teen idol or R n' B star, for instance, may be a long time away. Rap and reggae, for their part, have long been blighted by the homophobic lyrics and attitudes of a few.

For all our 21st-century liberalism and shock-proof reality-TV modernity, homosexuality still seems to be a taboo too far, one that we can only seem to deal with by hermetically sealing it into schoolyard insults, wink-wink innuendo and pantomime-dame gameshow hosts. Successful and aspiring artists (watch them on 'Pop Idol', 'X Factor' and other such shows) must submit themselves to the relentless pressure of image, conformity and audience approval. It would be naive to think that, for every Mark Feehily who comes out, there aren't others in the charts who profit by being something they are not. Maybe even more naive, though, would be to believe that the entertainment industry is any respecter of individuality or personal happiness.