Their album 'Achieving Vagueness' was nominated for the award...

Dave from The Flaws answers below the questions CLUAS put to all 10 acts nominated for the 2007 Choice Music Award. Check out the answers from the other acts up for this year's award. 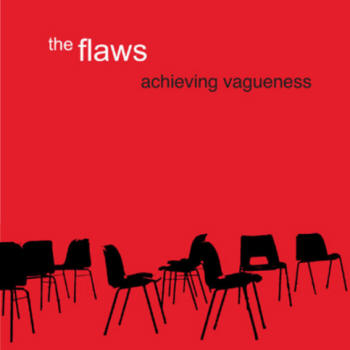 Give us a little synopsis of about how this album came about and what was it like writing and recording it?
It all started just as a hobby at the weekend. I wouldn't really say we wrote it, more like we conveniently fell into a few good melodies and progressions. Recording was hard going, so many opinions with such little time.

How do you feel about the idea of music awards in general?
Their great, why wouldn't they be? There is a trophy, right?

Do you feel winning the award will enhance your career?
I think it should, it gets The Flaws name out there to the people.

Your favourite album from those also nominated for the Prize?
Cathy Davy - Tales of Silversleeve.

Do you think the idea of the album is a little antiquated in these days of single track downloading and plummeting CD sales?
For me its not, I still like to buy albums. But most of my friends do go online and just download the songs they want. So in my circle it does seem to be plummeting CD sales.

Best gig you went to in 2007?
Bjork at Electric picnic.

Plans for 2008?
Hopefully we will keep doing what we love, that's play music by the way. Not to sure about the rest. Don't want to spoil the year by knowing all the details.

How are changes in technology influencing how you record, distribute or publicise your music?
I'm only on the scene and still working out the modern process, by the time I've it figured out the technology it will have moved on. Sure I'm fighting a losing battle