His album 'Long Distance Swimmer' was nominated for the award...

Adrian Crowley answers below the questions CLUAS put to all 10 acts nominated for the 2007 Choice Music Award. Check out the answers from the other acts up for this year's award. 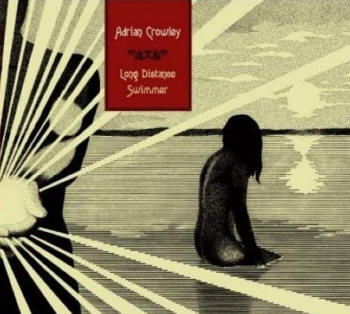 Give us a little synopsis of about how this album came about and what was it like writing and recording it?
Ok. I wrote most of the songs in my house over a few weeks one Summer. They came to fruition quickly and I knew it was time to record them properly. I had made provisional arrangements to record in Barcelona with someone I had met while on tour in Spain. I had it all arranged and then he cancelled. So then I thought of going to Leeds to take someone up on a long standing offer to record in a studio there. It was ready to roll but then the guy had to postpone. I could have waited but I didn't want to. Then I kicked myself for overlooking the obvious. I had already done some recording with Stephen Shannon who's a great engineer. So I told him I was thinking of somewhere to go and record. Then I had the idea of recording in my sister's house here in Dublin. She had asked me to keep an eye on her place for a week, make sure no burglars walked away with her stuff and to make sure Rosey her Dalmatian was fed and walked every day. 'Sure' I said and moved in the day she went on her holidays (without making arrangements for anyone to look after my little house). I told her I was probably going to do some recording, I think she thought that meant sitting at the piano with a minidisc. Nothing could have been more inaccurate. I called Stephen and told him the game was on. We ran cables everywhere and turned the sitting room into the control room. Day one and Rosey got a hind leg entangled in some cables and nearly yanked Stephen's entire recording studio to destruction. We saved it and freed Rosey. An amazing week ensued with guests dropping over to record different parts. James Yorkston came over from Edinburgh with his girlfriend and a case of instruments. Marja Tuhkanen came up from Cork on the train with a violin and a viola. About ten in all passed over my sister's threshold that week and by the end of the week 10 of the 12 songs of 'Long Distance Swimmer' were recorded.

How do you feel about the idea of music awards in general?
Some are better than others.

Do you feel winning the award will enhance your career?
I feel being nominated for this award is a coup in itself. It has helped get my name out there and the name of my album. I am flattered and grateful for that. I can't begin to think in terms of winning. It's hard to say... I'm sure it would make a difference.

Your favourite album from those also nominated for the Prize?
I haven't sat down and listened to them all from beginning to end yet. Some I haven't heard at all yet. So I can't say fairly which my favourite is.

Do you think the idea of the album is a little antiquated in these days of single track downloading and plummeting CD sales?
No. I fully intend to continue writing groups of songs. The collective noun may change over time but it helps my creative process thinking in terms of 'albums'. Anyway I play a lot of gigs and value the merch table no end. People can come over after a gig and pick up a beautiful foldout sleeve illustrated by Iker Spozio with a disc of music inside. People like to own objects like that when they are still in the moment created by a performance. Maybe all these changes will make people more appreciative of the elaborate, tactile format. Once your album is out there it's nothing to do with your how people decide to carve it up into individual tracks. It's out of your hands and in the hands of others.

Do you feel the Irish music scene is in a healthy state at the moment?
It seems at least as healthy as any other time I can remember.

Best gig you went to in 2007?
Probably Joanna Newsom with a 32 piece orchestra in Glasgow in January.

Plans for 2008?
Touring in the UK, Ireland ,Europe and possibly USA again. I plan to continue writing and recording. I plan to release another album this year which I've already started working on. There are a few festivals later in the year I'm looking forward to playing. Also I might try and set up a mini festival in Dublin with people who I've had the pleasure of meeting over the past couple of years. People who I've opened up for at festivals and on tours, people who have opened up for me. But mainly people who I think are incredible and feel other people will want to come and see. I'm doing a residency in the upstairs room in Whelan's every Wednesday in March and I have people coming from all around to play - for example Serafina from London, she's a harp player and singer. She's extraordinary.

How are changes in technology influencing how you record, distribute or publicise your music?
My home recordings are getting less hissy. My music is appearing in unexpected places and the chances of anyone stumbling across it or hearing about it are increasing.

A lesser known, non-music, website (or two) you'd recommend to CLUAS readers?
If Cluas readers would like to take a break from reading or listening then I would recommend the drawings of Iker Spozio the great illustrator I mentioned above. His corporal version lives between Paris and San Sebastien, his virtual embodiment resides here: www.ikerspozio.com