This article was first published
on CLUAS in October 2006

Aidan on the music preferred by France's  middle-class bohemians...

Most French people love launching into heated discussion of social and political issues, with the result that everything from the economy to l'affaire Zidane is viewed along ideological lines. So it is for music also. If we follow broad generalisations, people from the disadvantaged riot-prone banlieues (suburbs) listen to rap and R n'B while white teens and young twentysomethings from the better-off areas are into US/UK guitar bands. Then there are the bobos. 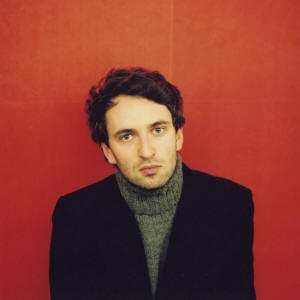 'Bobo' stands for 'bourgeois boh?e' and translates as 'bohemian middle-class'. In Dublin a bobo would be in his or her early thirties and working in a creative professional sector like advertising, architecture or multimedia. You would find a Dublin bobo at the Temple Bar food market on Saturday morning and just around the corner at the Irish Film Centre later that night. Irish Times reader, of course, and his record collection would be tastefully eclectic: Buena Vista Social Club, Chet Baker, Damien Rice.

The Parisian bobo also works in a creative profession, socialises in or around Le Marais (the charming old central Paris district that's traditionally the home of both the Jewish and gay communities) and reads the left-leaning newspaper 'Liberation'. His or her musical choice would be drawn mainly from the world/jazz sounds of eclectic radio stations like FIP or Radio Nova - both excellent even though their sultry-voiced female presenters never tell you the titles of the songs they play. However, Monsieur and Madamoiselle le Bobo are especially the prime consumers of chanson fran?ise, one of the most popular musical genres in France.

Chanson fran?ise is a type of acoustic pop-jazz song which values lyrics over music. It arguably has its modern origins in the ballads of '60s folk singer Georges Brassens, whose records sound more like recited poetry than songs as we know them. The mighty Jacques Brel, though a Belgian cabaret singer, is also one of the genre's father figures and if you're familiar with his word-heavy songs then you've a good idea of the style we're talking about. The accompanying music, well down in the mix, is a bit jazzy or skiffly - brushed drums and double basses and acoustic guitars, certainly no synthesisers. This combination of organic instruments and poetic lyrics makes for bland, conservative and slightly precious music.

The major chanson fran?ise release of the moment is 'Les Piq?es d'Araign?' by Vincent Delerm, a typical thirtysomething bobo and star of this genre. Delerm (who for this new album collaborated with Irish bobo Neil Hannon on a song called 'Favourite Song', and who wore an Ireland rugby jersey in one of his videos) is often caricatured as the bobo laureate, the personification of the arty Paris liberal. The French music and cultural press has thus taken the opportunity of Delerm's album release to examine the bobos in detail. Given the season that's in it, this leads us to next spring's presidential election.

In general, every product-plugging minor celebrity on the French chat-show circuit is expected to voice their opinion on the latest news events (Can you imagine Pat Kenny asking Daniel O'Donnell for his considered opinion of the health service crisis?). During a presidential campaign everyone seems to listen extra-attentively for clues as to which way the celebrities will turn. Old rocker Johnny Hallyday has thrown his weight (held in by a girdle, probably) behind the centre-right Nicolas Sarkozy, presidential front-runner and devil incarnate to the French rappers and the disadvantaged ethnic communities they represent. Socialist poll-topper S?ol?e Royal danced along to 'La Boulette' by rapper Diam's on a live chat-show, rather shamelessly pitching herself towards the Sarkozy-haters.

France hasn't had a socialist president since Mitterand left office in 1995, and to avoid a repeat of the sensational 2002 poll (when a first-round split in the left/liberal vote allowed extreme right-winger Jean Marie Le Pen into the run-off against Chirac) the centre-left really do with mobilisation of a large liberal demographic like the bobos. The stars of chanson fran?ise may soon find that their new biggest fans are the politicos of France.