A review of their album 'The Last Broadcast' 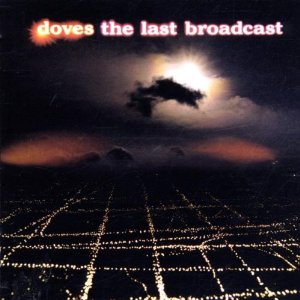 The recently released movie"24 Hour Party People" chronicles the highs and lows of Factory Records. Factory Records was one of the prime reasons for Manchester being the epicentre for any musical diversity in England for the past twenty years or so. The city was a catalyst for a number of influential and diverse acts. However, by the beginning of the twenty- first century Manchester seemed tired. Shaun Ryder looked like the worst advertisement for heroin, the Stone Roses had split (primarily over drugs again), New Order hadn't done anything for seven years, and the great britpop hope of Oasis being bigger than The Beatles had faded. The party was over. Creativity had been spurned for egos, drugs and parties.

The release of Doves "Lost Souls" was a breath of fresh air for "Madchester". While their music is firmly instilled in Manchester, it is more the Manchester of Joy Division than Happy Mondays, more the Smiths than 808 State, more melancholy, less baggy. It was probably the most surprisingly effective release of 2000, considering the band's roots. After all, they began their musical career by making acid house music under the guise of Sub Sub in the early 90s, after a chance meeting at Factory supremo Tony Wilson's Hacienda club between Jimi Goodwin and Andy and Jez Williams.

Two years later, and the much anticipated follow up has arrived. Determined to shake off the "melancholy" label unfairly attached to them, they set about making a more upbeat album. They succeeded in doing so with "The Last Broadcast". 'Words' sets the standard with it's multi- textural sound. It's followed by the new limited edition single "There Goes The Fear", a song about casting away old demons. In typical unpredictable Doves style, it ends with samba. It is a tad unnecessary and overindulgent, but still seems to fit with the whole "feel" of the record. 'N.Y.' may be yet another song about the big apple, but it's a song that Coldplay could only dream of writing. Indeed Goodwin's vocal on the track isn't too dissimilar to that of Chris Martin's. Forthcoming second single "Pounding" is another upbeat tune that (probably not surprisingly) pounds along quite wonderfully before moving into a U2ish guitar solo. The album finishes with the refrain of "Give it all away" on the slow burning epic "Caught By The River"

In fairness, this album is closer to the mainstream than their previous effort but that is no bad thing. "The Last Broadcast" is for the most part a beautiful album, woven out of many paradoxes. It's an album or long summer evenings and dark winter mornings. It is wonderfully epic and anthemic without being either pompous or "mad fer it". It's an album for summer festivals and small intimate venues. Like R.E.M. circa 1983, the vocals are sometimes mumbled and difficult to interpret; but when you can hear them, you know they are are deep and genuine.

The word "hope" dominates the track "The Sulphur Man", and indeed if there is any recurring theme throughout "The Last Broadcast", it is hope. Doves wanted to make an upbeat record which they achieved. More importantly they have produced an album that is just as great as their last. And that was a difficult thing to do...

"The Last Broadcast" is released April 26th 2002 through Heavenly Records.