A review of his album 'American IV: The Man Comes Around' 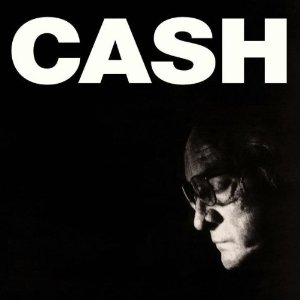 This reviewer is anything but a Cash connoisseur. For me Cash is just one of those artists who has passively sauntered in the dust of my musical life all these years. However, when my ears accidentally stumbled upon his new album "The Man Comes Around", he suddenly began leading the parade.

The "Man in Black" could just as easily be nicknamed the "Man with That Voice", so distinctively recognisable is his vivid delivery. It is also arguably the ultimate masculine voice of our time, in the same way as perhaps Emmylou Harris represents the epitome of mature feminine expression. Before hearing this record, I had a preconception that the appreciation of Cash's famous voice verged on novelty, in that his tunes were thinly revered for his (naturally) idiosyncratic singing style, and not much else.

What I came to realise is just how honest, telling and genuinely emotional Cash's voice is on this record, and presumably has been all this time. His weathered accent is unashamedly given pride of place on these songs by noted producer Rick Rubin, who obviously appreciates the virtue of expression over technical competency when it comes to the art of singing. The music mostly drifts elegantly in the distance and the simple subtle arrangements enhance the irresistible impact of Cash's words.

The aforementioned Emmylou Harris' seminal 1995 album "Wrecking Ball" is an apt reference point when discussing "The Man Comes Around". On "Wrecking Ball" Emmylou interpreted songs by such legends as Dylan, Hendrix and Young, as well as less famous luminaries like Gillian Welch and Lucinda Williams, and performs them so arrestingly that you forget they are not her own compositions. Johnny Cash achieves a similar feat here with exceptional versions of classic songs by the likes of the Beatles, Simon & Garfunkel and the Eagles, as well as astounding takes on tunes you'd never have expected him to cover, particularly "Hurt" by Nine Inch Nails.

There are originals in there too, and these are not overshadowed by the quality of the interpreted material. "Give My Love To Rose" is a plaintive ballad in the finest country tradition, and although it's a tune your mother would like, it's delightfully simple with a beautiful sentiment. "Tear Stained Letter" is a relentless honky-tonk frolic but with a bitter bite and could be easily mistaken for a Gram Parsons number such is its vibrant melodic swing and lyrical charm. Best of all is the title track, which opens the album. Chugs and waves of acoustic guitar delightfully sweep words of Book of Revelation drama with refreshing momentum, making this an instant classic.

The covers really are startling though. Exquisite guitars glisten on the Beatles' "In My Life", creating a quietly lush space for Cash who sings every word patiently and with a depth that enhances the effortless purity of the original lyric. The song nestles suitably at the centre of this most reflective album. The deep vocal tones on "Bridge Over Troubled Water" resound with a captivating sincerity and are accompanied by a wonderful meandering melody from Fiona Apple (remember her?). When the guitar, sublime piano and swelling mellotron hoist these two voices high through the chorus, it's incredibly moving and magical. Choosing to cover Hank Williams' classic "I'm So Lonesome I Could Cry" was an inspired decision. Inviting Mr. Nick Cave to add his unmistakable voice was an even greater masterstroke. Who better to aid Cash in revealing the deceptively stark essence of this song? The almost mournful notes of these two great voices are dramatic and intense.

On the surely soon-to-be-cult-classic version of Depeche Mode's "Personal Jesus", outstanding guitar-playing from John Frusciante transforms the original into, bizarrely, a consummate Johnny Cash folk number. I never realised that this song had possibly the coolest chord changes ever! Perhaps the standout track on the entire album is another unpredictable choice. This is a remarkable interpretation of "Hurt" by Nine Inch Nails which has to be heard to be believed. Again, it's a stripped folk arrangement, and again it works magnificently. The choruses tremble unsettlingly with almost sinister organ and piano, with Cash's voice shaken and soaked in regret and despondency. He sings words like "I hurt myself today/To see if I still feel" and "The needle tears the hole/The old familiar sting" with a solemn conviction, void of the merest trace of irony. It's one of the songs of the year.

Crucially, Johnny Cash's voice never becomes customary on this record. Despite his practical limitations, his vocals are varied and always compelling. Each song has a distinct atmosphere and changes in vocal tone are central in achieving this diversity. His strains to reach high notes on "Bridge Over Troubled Water" and particularly on the completely uncorny version of "Danny Boy" are rich with yearning and emotional weight. He is less animated on other tracks such as "First Time Ever I Saw Your Face" and "I Hung My Head", but here the emphasis is on pensive restraint and pronounced narrative respectively.

What's abundantly clear on all of the songs is that this is someone who loves music and the power of song. The album stands as a work of humble integrity and universality, from a man of seventy years pondering the important questions in life. Personally, hearing "When The Man Comes Around" has been a revelation. It's high time I hear Johnny Cash's previous records and discover what I've been missing all these years.