This article was first published on CLUAS in December 2007 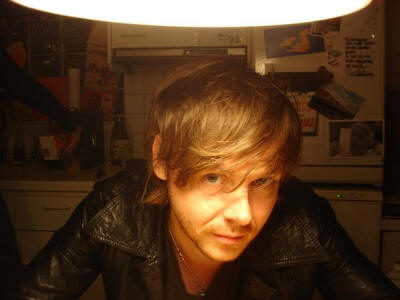 Clouds of cigarette smoke mingle curiously with the foggy breath of the chattering masses gathered in Whelan's redeveloped smoking area. The great and the good of Irish music have just enjoyed the final night of the 2fm 2moro 2our and are happily destroying lungs and livers with equal abandonment. Thankfully, my presence here mixes business and pleasure in quantities appropriate for a Saturday night. Not only have I had an opportunity to see Concerto for Constantine for the first time but I've also arranged to meet with Ollie Cole, former singer and guitarist with Turn, to discuss their break up and what the future holds for the Kells native.

I find Cole in jovial humour, a bonus considering he's giving up part of his Saturday evening too. However, once pleasantries and introductions are exchanged, I'm unsure of how to tactfully begin our interview. Rumours regarding the reasons behind Turn's split were rife in the weeks following its announcement in July 2006. The words of Basil Fawltey goosestep through my mind; 'Don't mention the war!' he barks. I needn't have worried though. Cole is refreshingly honest when it comes to apportioning blame for the bands breakup.

'The label we signed to was a joke and we really should have just brought the album out on our own label as we had with "In Position" and "Forward"' he says. Having signed for Setanta in 2005 to boost the band's profile in the UK, Cole was left disappointed with the level of support the band ended up receiving. 'We only signed the deal because we thought it would get us more exposure outside of Ireland but that never happened.'

It soon becomes clear, however, that there was more to the split than just record label strife. 'Things in the band were also pretty bad. I was not very happy and I tried to leave just before signing the deal with Setanta. I had not been happy for a while.' One key reason for Cole's unhappiness during Turn's final days was the weight of expectation on his shoulders when it came to coming up with new material, beginning when bass player Gavin Fox joined Idlewild in 2002.

'The writing process was never the same after Gav left. I was doing a lot more writing by myself and bringing completed songs to the rest of the band. We weren't rehearsing as much as we used to either, so songs were not coming out of jams anymore. People always seemed to be in a hurry somewhere else. To be honest I really wanted out by then. The band had run its course and I wanted to work on my own completely as that's what I felt like I was doing anyway. I must have been really hard to be around at this time. I was pissed off with the way things were.'

All of this led to Cole calling time on Turn in July 2006. However, the experience has proven beneficial in that it has strengthened his resolve to enjoy the process of making music again. This is clear when I ask him about how different the solo recording experience has been. 'It has, for the most part, been easier. I went to Germany for the summer and recorded in a friend's house. One of my best friends, Ciaran Bradshaw, is a great engineer and producer so he came with me. We had already recorded the drums in Ireland with Graham Hopkins (Therapy?, Boss Volenti) and we recorded almost everything else in Germany.'

While Cole had the ability to play all the instruments used in the recording of the album he knew the experience of others could benefit the record and so Hopkins wasn't the only well known face to assist him. 'I really wanted to play drums too but I'm glad I asked Graham, he is incredible and really has brought so much to this record. Gavin (Fox) also played a bit of bass on two songs which was also incredible. Some of the Bell X1 boys did a bit here and there too.' Tellingly he adds: 'It was nice to be able to call on people for specific parts etc. There was always tension when making a Turn record and it was really nice not to have that.'

So what kind of sound can one expect on the record? If Cole's Myspace page is anything to go by it is very obvious that this record was the result of a mid summer night's dream. I put it to him that The Beach Boys vibes I felt from these songs would appear to be at odds with his well documented admiration of Elliott Smith.

'I just write and record what I feel at the time. I think the fact that the record was recorded in a beautiful city in the summer helped those harmonies pop out on some tunes for sure. I know the song you're talking about when you say "The Beach Boys". It's funny but it's more an ELO thing. I was listening to songs like Mister Blue Sky and really trying to get that f**ked up vocoder harmony thing happening. With Elliott it's always been a lyric thing to me. I'm into his lyrics.'

It is here that the differences between Ollie Cole and Turn are most apparent. For a start, the new record will cover a lot of ground style wise. 'I was just trying to record 12 really great songs. I wasn't thinking too much about how they would sit together on an album or anything, I think I did that too much on the last Turn record. So I just wanted the best songs I had recorded right now. There are quite a few piano songs on there. My favourite is "We Albatri" named so because I stupidly thought the plural for albatrosses was albatri.'

When I ask him how he hopes this new direction will be received and will it be successful, he is genuinely bemused. 'Ah shit, I don't think about those things. It's already a successful album for me because it's finished.' Keen to hear the finished version I press him for a release date. 'It will probably be March next year before it's out but I have already started talking to people and trying to find the right label etc. I want this record to have a nice safe home.'

Our conversation is interrupted by a girl who 'Oh my God, like, so loved Turn' but Cole takes it all in his stride. A general discussion on the current state of Irish music follows. Cole is a fan of Jape and was recently impressed by Cathy Davey, but feels there are far too many 'Top Shop Rock & Rollers with down-strummed guitars, white belts and fringes.' Of course, it's a personal choice he adds, 'I know some people like to dance, but hell, I like to listen.'

And it is on song writing that Ollie Cole would like to concentrate. 'I want to do a lot more writing, writing for other people and with other people etc.' he says. He claims that means there is no grand plan, no route preferred or closed. He does, however, want to travel; 'playing little venues in nice towns and cities would be great,' surrounded by what he says will be 'the best band in the world.' I finish our interview by asking him how this band will differ from Turn. 'Everyone will be brilliant and a character. I like when everyone in the band is a character and is f**king brilliant at what they do. It will be the band I always wanted.'