A review of their album 'All at once' 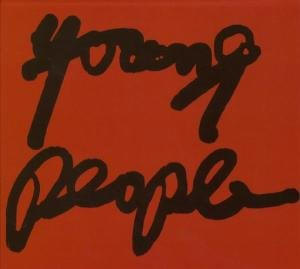 Full Review:
The duo who make up Young People, vocalist Katie Eastburn and instrumentalist Jarrett Silberman, live in New York and Los Angeles respectively. In making 'All At Once' they overcame this logistical hurdle by recording separately and sending each other the results in the post.

It seems, then, that this album is in fact a homage to the US postal service in its occasional slowness and unreliability. Generally a record of conceptual slow-fi, 'All At Once' varies wildly in quality.

When they're good, Young people are playful and curious about their music. Eastburn's jazzy vocals on tracks like 'Forget' and 'Slow Moving Storm' play off Silberman's sparse, percussive arrangements. On 'F' she's wonderful - think of Bjork but without the contrived kookiness. At times like these Silberman rises to the challenge, and the duo's combined efforts are as intriguing and refreshing as all good music should be.

When they're bad, though, they veer off into abstract His Name Is Alive-style post-punk vagueness. 'R and R' and 'Dark Rainbow' find Eastburn reduced to Patti Smith-like hectoring, Silberman simply sounding squally and bored. 'Heads Will Roll', meanwhile, will give traumatic flashbacks to any Radiohead fans caught out by 'Kid A'.

Album closer 'Ride On', jaunty and poised like a trotting mare, ends the record on a high and is much more representative of what precedes it.

All in all, the plusses outnumber the minuses. 'All At Once' is both thoughtful and enjoyable, and invites repeated listens.