A review of their album 'Yankee Hotel Foxtrot' 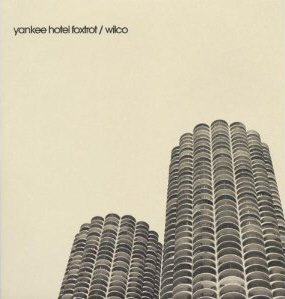 Wilco's fourth album, Yankee Hotel Foxtrot, is further proof that those working in major record companies don't seem to know anything. Last summer they presented this album to their record company, Reprise, who were less than pleased with the results and dropped them immediately. However, after streaming parts of this album over their website, Wilco released Yankee Hotel Foxtrot on Nonesuch records, a subsidiary of AOL Time Warner. And guess who else is a subsidiary of Warner's? That's right, it's Reprise! So, in essence Warners have paid for this album twice!

Wilco's fourth album opens with frontman Jeff Tweedy in rather gruff form with "I Am Trying To Break Your Heart", a somewhat drunken ode to a lost love. With the depressing tinkle of the piano and the heavy dark beat of the drum, accompanied by Tweedy's world-weary vocals, "I Am Trying..." is a remarkable, if depressing opener. Even more remarkable is their departure from more conventional alt-country stylings. The track contains electronic elements and finishes in a flurry of feedback and noise, proving that words sometimes are not needed to express moods. It is also confirms the influence of Jim O'Rourke (Stereolab/Sonic Youth), who mixed and played on the record. "Radio Cure" continues in the same vein, with Tweedy making a final desperate plea -"cheer up honey, I hope you can".

At the centre of the album lies two of its highlights. The excellent "Jesus, etc." is the closest Yankee Hotel Foxtrot gets to country. The following track "Ashes of American Flags" features a repeated guitar line that is almost as angry and bleak as Tweedy's attack on the American Dream. However, it sounds bloody great. By the time the Beatle-esque "I'm The Man Who Loves You" comes around, it provides some relief for those who find the album hard listening.

Yankee Hotel Foxtrot will prove tough listening for some. It's a world away from the days that Tweedy portrays in "Heavy Metal Drummer" ("I miss the innocence I've known / playing Kiss covers"). There is nothing innocent or simplistic about this record. It is an album about love, which invariably became one of hate. It's dark and moody, yet one of the most impressive releases so far this year. If Wilco keep making albums this good I'd nearly pay for them twice also.