A review of their album 'Highly Evolved' 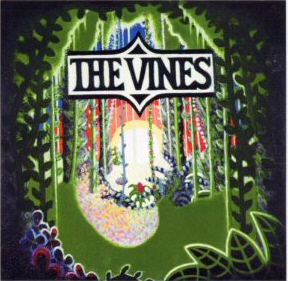 The Vines are the Next Big Thing and "Highly Evolved" is their first assured and accomplished stab at Rock Greatness. Craig Nicholls, their front man and main driving force, has the face and fringe of the noughties and is a walking tantrum on auto-diva. His band are blessed with the musical smarts and have already got through more drummers than Spinal Tap. Their pictures are splashed all over the music papers, the young girls are eagerly waiting at the stage door, world domination beckons. Yet the Vines, for all their swaggering knowingness, are delightfully naive.

This particularly innocence betrays itself on their debut's track listing, which right to the end alternates blistering rockers with really great ballads. The album's beefier cuts like the title track, "Get Free", and "In the jungle" are dirty, carnal sub metal strops that wrench the speakers off the walls and "1969", the album's grinding closer, is as good a take on Led Zeppelin driven majesty as you'll ever hear.

"Highly evolved" is not flawless -"Outta that way" is hamstrung by a twitching 1982 walking bassline and weedy melody. Worse again, "Factory" is a loathsome dog of a thing - imagine a rancid Man at Work reggae riff, a singalong chorus that would cause Black Lace blushes, a snotty lyric about the indignity of labour, and a duff Nirvana style middle eight.

It's the ballads featured on "Highly evolved" that really intrigue - when he croons Craig Nicholls comes on like a spikier version of Beck Hansen and the songs themselves, with their restrained delicacy and complete absence of mawkishness, fairly shimmer. "Homesick" for example is shot through with regret, "Country Yard" is a rural idyll and "Mary Jane" is a wistful take on the blessed Bong.

The biggest burden for a young band like the Vines is the curse of comparison but Nicholls is a Star, and the band are the real deal. Likenesses and bogus comparisons can be readily dismissed - the Vines are less foppish than The Strokes, more organic than Oasis, and less tortured than Nirvana.

"Highly evolved" is a Must Buy, and represents yet another dazzling example of how cheap but potent guitar driven pop can still buy a thrill.