A review of his album 'Highway Companion' 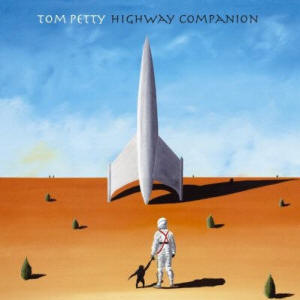 Full Review:
Every great songwriter has their own unique lyrical tics. Bruce Springsteen has a fondness for girls called Mary and cars, Bono likes to rhyme 'fire' with 'desire', Bob Dylan has an aversion to the word 'banana', Michael Stipe has a thing about lists and Tom Petty enjoys writing songs where people are running, flying or falling.

It has stood him in good stead over the decades as the many platinum discs on his wall would attest to but on the opening track of his latest opus 'Highway Companion', the imagery finally hits the ground with a dull thud. The song is called 'Saving Grace' and it contains lines like, "I'm flyin' over backyards", and, "You keep running for another place"; backed up by a chugging blues riff that is reminiscent of the opening section of George Thorogood's live version of the John Lee Hooker classic, "One Bourbon, One Scotch, One Beer".

Unfortunately for the listener, it's the highlight of an album that sees Mr Petty run so low on creative gas that one of the tracks, 'Down South', is a straight up pastiche of Dylan's "Love Minus Zero/No Limit". Elsewhere, the album is littered with the kind of mid tempo ballads that litter the foothills of Americana and appear with ever increasing frequency as an artist matures in years; Rodney Crowell being a case in point, which is a pity because Tom can rock the house with the best of them.