A review of the album 'Reveal' 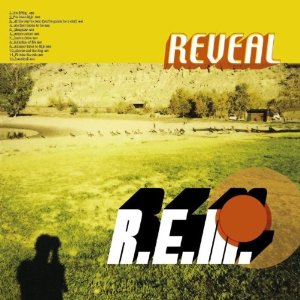 On first listen Reveal glistens - standing out as an album of immense quality. And each listen from that point on just gets better. Behold the fruits of a truly international project.

Reveal was recorded in Vancouver, Georgia, Dublin and Miami but according to Stipe it was the intermittent trips around Europe that halted any creative blocks before they became chronic. This clearly worked as all the tracks show a great unity and flow, creating a dynamic that was missing on their previous release 'Up'. A dynamic that takes you back in time to 1992 and 'Automatic For The People'.

Whilst 'Up' was not necessarily a poor album there was a patchiness, a cut and paste feel to it that could not be ignored. On the plus side however, there were plenty of strong melodies and harmonies and these elements have been retained to form the backbone of this latest offering. Upon this backbone REM and Pat McCarthy have produced a fuller and crisper sound that is in evidence from the get-go with opener 'The Lifting'. This song is destined to make REM more accessible to a whole new generation when released as a single. It welcomes you open-armed with Stipe instructing - "Now close your eyes / and start to breathe / Allow the noise to recede / allow yourself to drift and fly away." Catchy as hell. He then reaches deep inside himself to deliver 'I've Been High', a touchingly reflective ballad heavily laden with inflected vocals.

Saturn Return is a delicate piece orbiting around a haunting piano line on a bed of Beck-like effects while first single 'Imitation Of Life' is exactly what you'd expect from an REM release: atmospheric and instantly hummable. What makes their albums so sustainable is their ability to create songs that are subtle and less immediate than others. Songs like 'All The Way To Reno', 'She Just Wants To Be', 'Disappear' and 'Beat A Drum' are prime examples of this and are sure to blossom and take on new levels with future airplay.

Few songs highlight the strength of the collaboration between Buck/ Mills/ Stipe and additional players Joey Waronker, Ken Stringfellow and Scott McCaughey quite like the momentous 'I'll Take The Rain'. It is a dense and ponderable epic with Stipe asking - "I used to think as birds take wing / they sing through life, so why can't we?"

After this feast 'Beachball' is a slightly disappointing closing point. It may well be one of those intricate little growers but you can't help thinking that there were other songs that would have been more effective in this role. Time will tell. So while it may have seemed, at the time, like an exercise in back-slapping when Bono recently admitted his envy upon hearing 'Reveal'. At least now we know he meant it.