A review of their eponymous album 'Supergrass' 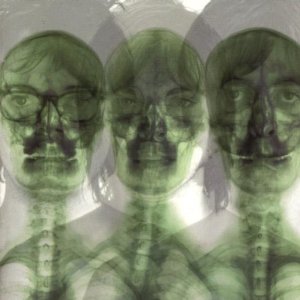 In 1995 it appeared that the British band scene over the rest of the decade would be a two-horse race: delicate and oh-so-English Blur in one corner; in the other, hard-living, hard-drinking Oasis. By 1999, though, a slight problem. Damon's off to Iceland to listen to his Pavement and the Gallaghers, too busy fighting amongst themselves, failed to notice that their bandmates took the money and ran.

Mr Gaz Coombes and his mates arrived in 1993 and through I Should Coco and In it for the Money, despite various influences, created a sound all of their own. At the same time, however, they were evolving, from unbridled youth (wanting to trash the nearest shopping mall) through to respectability (but still with the best harmonies since Queen).

Moving starts us off combining emotion and sorrow and yet still managing to have a pretty good time. On this disc there's the odd foot-stomping number to suit but for the most part the band are more restrained. On occasions there is the feeling that they are champing at the bit - as if they have promised the record execs a mature album and trying so very hard to discipline themselves - this is solved by slowing right down, for Eon takes them to a thoughtful mode and is one of the highlights.

Mary comes across as Pet Sounds, like Brian Wilson on acid - hmmm. Better rethink that quote. Jesus came from Outta Space is disappointing but soon forgotten when jumping up and down to 'Pumping On Your Stereo', 3 and a half minutes of perfect air-guitar pop. Perhaps this is the direction they need to go next - chunks of Supergrass seem to be rehashes of the past two albums, almost a premature Greatest Hits package.

The closers bring us back full circle to the beginning of the album. Keyboard player Mick Quinn takes over the vocals for Mama & Papa signalling the end of - could it be? - their own 'concept' album.

Hopefully there are a few more on the drawing board yet.