A review of their album 'A New Morning' 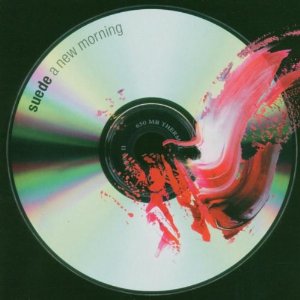 The title is a double entendre, for it is a New Morning for Suede, but there's no rebirth or new departure here. More like 'Good Groundhog Day'.

Brett Anderson's voice has changed, smoothened and lost some of its distinctive whine. The lyrics remain the same, all about city scapes and the ordinary things of hum drum days. Council estate girls, Tesco trolleys and the escapism of a night under city lights are all the subject matter of Anderson's oeuvre. But wow, what a way he has with his brush.

The first track - the single 'Positivity' - is upbeat and smooth, like Animal Nitrate's straight-laced mother. The second song, 'Obsessions', sounds like 'Filmstar' from the 'Trash' album. The third song is full of melodrama and great production. The strings sound great on Lonely Girls, a beautiful, melancholic tune which opens with a role call of likely girls from London's estates. This song's a highlight of the album but career peaks are scaled on 'Lost In TV', a hair-raising exhibit of Anderson's ability to set an appropriate atmosphere and drench a cautionary tale in melody.

Strangely, while 'A New Morning' isn't a bad album, it's not a terribly exciting one. Anderson's voice has solidified and the band sounds more technically confident and proficient than ever: witness the acoustic guitars, harmonicas, bongos and violas. There's plenty of fabulous layering of harmonies too. But perhaps in their older age a sense of satisfaction or complacency has set into Suede and they've figured it's better get bigger than to get better.

The truth is they've always been a better band than contemporaries like Pulp and Oasis but Suede are starting to sound more like the latter. Comfortable, richer and fatter giants in other words. But with the ability to stun when shaken out of slumber. That's not worthy of the cocky, smart-assed and irrepressibly intelligent Brett Anderson, a rare example of egomania fashioned to the common good. Unfortunately right now he's sounding like a second rate Bowie.

A record worth having for the stand-out tracks, but "Dog Man Star" it ain't.

Click here for a review of Suede live in Spain.