A review of the album 'Amnesiac' 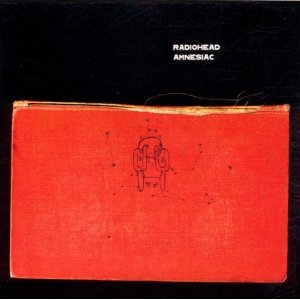 When I reviewed Kid A way back when, I said that the next studio album from Radiohead was going to be a return to a more guitar driven day. Well, looks like I was wrong. Way wrong.

Amnesiac kicks off exactly like Kid A does - rhythmical grinding, long drawn out guitar wails, and a tecno influenced sound. It appears that when Radiohead said that the follow up was going to contain tracks that didn't fit onto Kid A, they weren't talking about songs that were, shall we say, more traditional - they meant that the songs were in the same vein as Kid A, but they simply, well, didn't fit.

So here we are again, tentatively clutching the CD and wondering whether to love it, or to confine it to the same place on the shelf as Kid A' has invariably ended up.

Well, in its favour the songs are more constructed, even more balanced, so it has a more solid feel to it than the predecessor (which was only released eight months ago). The vagueness of the tunes still remains, but while Yorke sings about a dream land which is a menacingly dark place, with nursery rhymes and kid's tales backing up the gloomy but somewhat emotionally charged theme, the whole feel of the album lends itself more to the average listener than the fan of the weird and wonderful.

All in all I'm a little disappointed that this isn't a return to simpler times, but on the same note I'm also glad it's original and more approachable than 'Kid A'. It may take a while, but I think I might like this one.

Keith is the Content Manager of www.citegalway.com, a lifestyle resource for the West of Ireland