A review of their album 'McLuskyism' 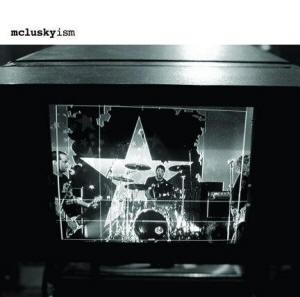 Review Snapshot:
An action-packed retrospective of compelling singles from the now-defunct Welsh punks. Happily, (to paraphrase one of their compatriots) they aren't about to go gently into that good night...

Full Review:
Welsh noise-merchants Mclusky may not have changed the world or made it drop its debt, but that's no reason not to mark their passing. So then, their singles compilation.

The '-ism' of the title suggests ponderous dogma and straight-laced formulae, all of which is roundly dispelled on listening to the mix-your-drinks mayhem of garage-punk like 'Joy' and 'Rice Is Nice' (an ode of support for a certain much-picked-upon Irish singer-songer, perhaps?)

Frontman Andy Falkous may shout rather than sing, and his bandmates often don't seem to be playing the same song except by happy coincidence, but their stubborn individuality and death-or-glory attitude makes for compelling music all the same.

Best (and best-known) of the tracks here is the robotic throb of 'To Hell With Good Intentions', the one with the shouty chorus of "my love's bigger than your love". It's brilliant, and the rest of the album doesn't stray too far from this level of quality.

However, the band's fatal weakness for in-joke song titles ('There Ain't No Fool In Ferguson' and '1956 And All That' probably mean something to someone... perhaps) gets on the nerves. And 'Alan Is A Cowboy Killer' veers close to the exact identikit indieness they were made to destroy. Apart from that, this is fine stuff which no doubt raised merry hell when performed live.

Buy 'Mcluskyism', then, for the Coldplay fan in your life and watch him/her transform before your eyes....