Review of his album 'Pig Lib' 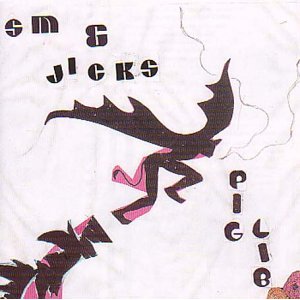 Stephen Malkmus has released a new album, and throughout the world, music lovers are rejoicing. And with good reason: 'Pig Lib' is an artistic triumph. The former Pavement frontman's critics like to accuse him of playing too often with the shiny toys of catchy tunes, evocative lyrics, and nifty pop-influenced guitar sounds, when they feel he should instead be constantly reinvigorating the tired form with radical new directions. But many of those who criticised his self-titled 2001 solo debut concede that 'Pig Lib' is worthy to stand alongside such undisputed Pavement greats as 'Crooked Rain, Crooked Rain' and 'Wowee Zowee'.

'Pig Lib' shares with those slabs of playful genius a sense of the elasticity of the listener's brain, an acute awareness of how epistemologically unsound a song can get before it outstays its welcome, employing this knowledge with scientific precision to embed huge chunks of envelope-pushing pop/rock experimentation deep into the psyche. A song may commence with a jabbering falsetto, segue into Asiatic noodling, bounce back with a grunge couplet, then turn Smithsian, Youngian, and Beatlesesque before climaxing in a cacophony of industrial harmonies laid over a melody that normally come out of a lyre. Not content with that, Malkmus will often tack on a coda that draws on ragtime, rap and showtunes in equal measure.

Then the next song starts, and it's like you're hearing a different band... backwards. Listening to 'Pig Lib' is like listening to five great albums at the same time. Malkmus mixes in every great musical nugget that zooms across his mind, in an interdisciplinary stew of old-skool punk, saccharine-sweet pop, stentorian metal riffola, the best bits of the modern 'alternative' and whatever else you're having yourself. There comes a point where they all congeal into a thrilling new musical form and you just can't identify the constituent parts any more, so deep is your enchantment with his kaleidoscopic sound.

If you've got a vacancy in your roster of beloved bands, or are simply looking for a new musical buzz, you'd be hard-pressed to find a better emotional investment than 'Pig Lib'. It's got the infectious sing-along pop melodies you need for that immediate physical rush. It's got the meaty, thought-provoking experimental production that keeps the songs sounding fresh. It's got style, miles and miles. It's got a deep-rooted alternative ethic that will ensure it a place in the eternal chronicles of cool. It's got an impeccable pedigree, thanks to Malkmus' hallowed position in the modern punk pantheon. It's got a fantastic free bonus CD, with five extra tracks, each showcasing the man's lazy genius at grabbing hold of meandering, thundering rock choons and pinning them to a psychedelic smorgasbord.

And it's got just the perfect summer buzz for the sunshine we're beginning to see.