A review of their album 'Before The Dawn Heals Us' 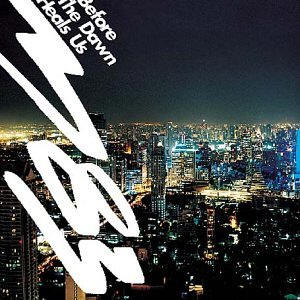 Review Snapshot:
Apparently M83 are named after a remote star system, and perhaps that's the best way to describe this album. Otherworldly, ethereal, mystical, slightly scary and we've still no idea as to what type of people live there! This is an album for yourself, on your own, anytime of day. It is chilled enough for when the lights go out, and energetic enough for the morning.

Full review:
Before the Dawn Heals Us is the groups third effort, although this is perhaps misleading as the duo have been halved so that the M83 are now a one man band, led by Anthony Gonzalez. Before the split comparisons to "Air" would have been rampant, a French duo specializing in slightly ambient, defiantly chilled, non-guitar based music. But such comparisons would have been lazy and superficial, with the fact that both produce excellent music being the most tangible common thread.

This album is distilled with a chilled vibe, an easy going groove which permeates even the most up-beat, up-tempo tracks. Even as chaos reigns, synths rise into a raging cacophony, and breaths come in short sharp gasps (see 'Fields Shorelines and Hunters' and '*') a stately wholeness reigns. Indeed this album has two distinct phases, the airy elegant dreamscape, and the more intensely upbeat numbers. Listening to this album you're head will never jerk, it nods, in tune and on time.

Gonzalez uses live drums to striking effect throughout the record; in fact this is one of the things which manage to set 'Before the Dawn Heals Us' apart from its competitors. The drumming not only sets the tone, inserting much needed vigour and drive, it also adds that necessary organic element. In fact in some places, when the epic vision really comes together and the choir-noir float thrillingly, I am reminded of the quality which made Pink Floyd great. That ability to pack in emotion without a hint of condescension, leaving just a wall of glorious sound.

After the first half an hour you could be forgiven for thinking you've put a finger on this record. Then 'Can't Stop' hits you from somewhere waaaay out in leftfield. Stylistically it is almost 80's but don't let that put you off. This is one of those falsetto-in-the-shower tunes. Then just as suddenly as it comes it is gone, fading into the decidedly more downbeat 'Safe.'

In fact 'Safe' is a perfect example of Gonzalez's talent, in lesser hands it would fall into a decidedly Coldplay fate, yet here it is saved with sincerity, taste and well, "M83ishness".

'Safe' also marks a turning point in the album as it leaves behind urban cool and explores a slightly darker, more fragile landscape. An important point to note here is that Before the Dawn Heals Us is no collection of songs, it is an album. Not every song segues neatly into the next, but the gaps come as jolts, sorbet between courses, serving to clear the palate and punish complacency.

This album seems to encompass a grand vision, a search for something more substantial, and sometimes, wondrously it succeeds. Not to paint too perfect a picture on this album however, for like most, it has its weak points, that moment when it all goes too vague and something just doesn't feel right. Thankfully these moments are few, and being optimistic, they merely serve to highlight the good points.

That said this is an album anyone should be proud to have made. Listen carefully and you will hear Pink Floyd, Daft Punk, the Beatles and many, many more. You may not make a lot of friends by playing this album, it is a solitary experience, but the ones you do will be well worth keeping.