A review of their album 'Aha Shake Heartbreak' 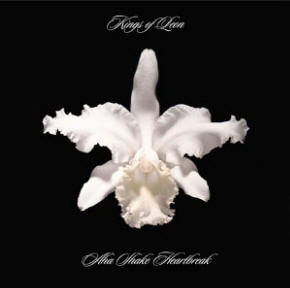 Review Snapshot:
I could write a ten page essay full of reviewing clich? and buzz-words, but at the core, this is a solid, quality album, with the potential for hours of pleasant listening.

Full review:
From the creators of 'Youth and Young Manhood' comes a new sound movement: make room on the top of your CD shelves for this one. With their new record, the Kings of Leon have proved once and for all that they're a band that's here to stay, not just another attempt at reselling the past. They have smashed the second album barrier; however, 'Aha Shake Heartbreak' is less the sequel and more the debut the Kings of Leon should have had.

Being the three sons (and one nephew) of a preacher travelling America, has obvious influence on their gospel/garage rock mix, like a pared-down gospel choir. They first broke onto the scene with 'Molly's Chambers', an addictive, down and funky debut single. Close on the heels of that success came Youth and Young Manhood, an equally addictive, and equally funky album. With this 13-tracks strong (yet bafflingly short) sequel, the Kings of deep-fried Southern rock'n'roll make a significant contribution to the new evolution of hybrid blues, with their mix of open and inviting sounds and increasingly obscure (and often suggestive) lyrics.

Caleb's characteristic gravel scraping vocals marries perfectly with Matthew's reassuringly smooth licks, being unexpectedly atmospheric at times, e.g. Milk. Though each track stands strong and original on its own, all fit together smoothly, sucking you into the life and vibrancy of the album. However, everyone pays their price for popularity. Their brief period of semi-fame has made an audible difference to their music. Songs which would on time have been recorded rough-shod now sound over-practised and over-produced. It is not only this rawness but also a certain element of fun has been lost across the gap between records. Such songs can only be described as lacking in the grooviness inherent in tracks such as 'Red Morning Light'.

The wisdom in the choice of a single release is dubious too: 'The Bucket' is possibly one of the weakest tracks on the album. Passable, no doubt, but boring. Why not 'Pistol of Fire', a catchy song with a sing-a-long chorus and a short but axe-kicking solo? Perhaps with a B-side of the short but funky 'Razz', a track which has all the sound and spirit of earlier Kings of Leon tracks? Or 'Four Kicks', with its much more commercial, rocky riff?

This album is wall-to-wall classics in the making. 'Aha Shake Heartbreak' shows a more mature and able Kings of Leon, with a style of song-writing and a musicality that is pushing forward the boundaries of our expectations. Had it been a recorded and produced more like 'Youth and Young Manhood', this would be an album that would soar above its contemporaries.

Check the CLUAS review of Kings of Leon live in Paris in November 2004, and also live in Dublin in December 2003.