Review of his album 'Everybody loves a winner' 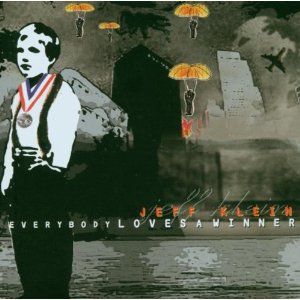 When an album from an American singer/songwriter arrives bearing accolades from the genre's bible, Uncut, you would be forgiven for expecting the next Ryan Adams. It would be harsh to call 'Everybody Loves A Winner' a poor album but it ain't perfect either.

Sure, it contains some stunning songs such as 'Everything Will Be Alright', 'I'm Sorry Sweet Emily' and 'Keep It Like A Secret' but the overall tone is just too dark and too grumbly to warrant repeated listenings. Klein's gruff and joyless voice is impressive at first but becomes tiresome once it becomes apparent that he has no other tone. 'Keep It Like A Secret' does represent a slight lift in the mood of the record but it just isn't enough to lift 'Everybody Loves A Winner' out of the mire of dour country rock. This has been done incredibly well by many more talented individuals than Jeff Klein but that is not to belittle the Texan in anyway.

There is nothing inherently wrong with Everybody Loves A Winner. Just heed this warning; if you listen to this record a lot don't expect to be doing a lot of smiling.