A review of his album 'Gold' 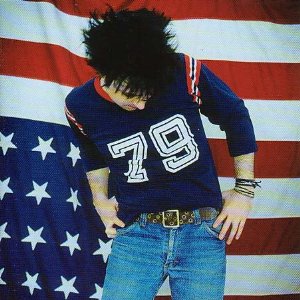 Ryan Adams is the same age as me. 27. And I have lived with him through his music for about three years now. Whiskeytown's Stranger's Almanac, an album I picked up in a New York bargain bin for 5 bucks, was my introduction, my tonic, my addiction. The record reminded me of how I felt when I first listened alone to REM's Life's Rich Pageant - it was that good. My ability to market this great album was limited by its tendency to float into country (it even has a fiddle on there for God's sake!) but the Gram Parsons in me kept the faith.

Late last year, Adams returned with 'Heartbreaker', documenting in a 14 day studio stint how he fell in and out of love in Nashville. As I said at the time, one not to listen to in the dark. But, somehow 'Heartbreaker' has become one of the most uplifting collections of songs I have. His voice seemed more singular, more assured., like he finally understood and accepted just how good he is. Earlier this year, Whiskeytown's final album, 'Pneumonia', was released and was just as warm and melodic as its predecessor. So, with two albums already under his belt this year, surely a third was too much to ask?

Yet, in truth, a third is maybe not enough. 'Gold' is a fabulous record. Country and rock do not hold Adam's muse no more - soul, blues, even the late night croon of early Tom Waits give full reign to Adams' wonderful voice. He has never used his higher register before but this tremulous instrument envelopes songs like 'Answerin' Bell' and 'Wild Flowers' in velvet. Evidently Adams has discovered Neil Young and Van Morrison. So those of you who wallowed in the melodic misery of 'Heartbreaker' are well served.

But there are surprises. Opener 'New York, New York' is now impossibly poignant and kicks off with a classic Stones combo - acoustic guitar, Hammond organ and bongos. Driven by a relentless acoustic riff the song describes churches on the Upper East Side and the bitter Christmas cold of the now stricken city.

Indeed the Stones are recalled on the slow, languorous 'The Rescue Blues', complete with choir-led finale. The 10 minute long guitar wig-out, 'Nobody Girl', is followed by the stunning 'I Wish I Had a Sylvia Plath'. Adams, alone with his piano and subdued strings, pines after the tragic poet who would "take me to France, or maybe to Spain, she'd ask me to dance".

'Harder Now That It's Over' describes a scene of domestic violence, where a young man explains to his distraught lover, "you're free with the history" as the cops handcuff her. He wryly observes "I heard your wrists got bruised, must have felt just like old times". As the elegiac guitar fades, Adams murmurs "I'm sorry" over and over.

Sixteen songs, and not a clunker amongst them, really is an embarrassment of riches and will surely bring this gifted singer songwriter the audience he deserves. Dylan, The Beatles, The Stones, Bowie have all enjoyed such periods of intense productivity. Let's enjoy Ryan Adams, he now truly belongs to the gold league.