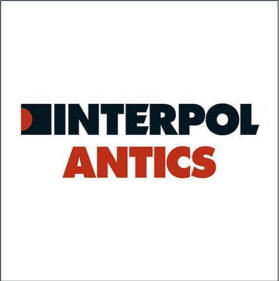 Full review:
It's kinda funny that Interpol are being touted as the next big goth 'stars'; depression, murder, inferences of suicide and pain, they have always had a depth of feeling in their music which doesn't allow them to be pigeonholed as easily.

Their first album "Turn on the Bright Lights" was a bolt of desperation from the New York scene, at the time an associate of records from The Strokes, Hot Hot Heat and The Rapture. Initially not as acclaimed as these other records, it soon became clear that Interpol could attract fans while their music seemed designed to push people away, and 'Bright Lights' became a cult hit on both sides of the Atlantic.

So now we have a new album, and with it the fear that their follow up could be a disappointment. On first rotation the same doomy vocals and interesting rhythmic changes are evident, the same strong bass sounds hold everything together, and the scattershot drumming pops in and out of each song as before. Even the cover seems similar, the notes are sparing and short and Morse code spells out song titles (Length - narc -cruise - exit, in order).

Aside from a few poppier exceptions, it seems business as usual. As the listener gets used to the album the little pieces get clearer, the music becomes more emotive and some tracks, 'evil' and 'slow hands' especially are almost sing-a-long. The first track 'Next Exit' seems to give and indication of their ambition - "we're not going to the town / we're going to the city" - over a lush organ sound and Paul Banks' prominent vocals. Indeed Banks' vocals are much more soaring and sweet on this album; on 'narc' his vocals almost seem to be comfortable at the front rather than lower in the mix as on their debut. The quality of the last few tracks on the album seems to dip slightly, and while poppier, 'Evil, 'Length of Love' and 'Slow Hands' form a backbone that everything else seems to sit on.

So while Antics isn't a major leap forward, it is another excellent album of quiet desperation, and gives hope that this is just one of many great Interpol albums.