A review of their album 'In Towers And Clouds' 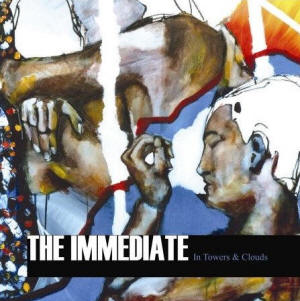 Review Snapshot:
Patchy, erratic and irritating, a debut album that still gives a few glimpses of the good work this band could put together if they work on their material. The more generous listener might call it a frustrating under-achievement.

Full Review:
The debut album by Dublin four-piece The Immediate has recently been drawn into a lively debate which was ostensibly about the simple virtues of home-brewed rock'n'roll as compared to the folly of throw-money-at-'em marketing, but which instead turned into judgement on a certain Irish not-The-Immediate band. This was no help to either act, and there's no need for us to open it all up again here. For now, the issue is whether 'In Towers and Clouds' is actually any good.

Well... at best it's alright. I found it hard to get into this album - I've rarely heard anything that sounds as choppy or jumpy as the tracks here. Songs like 'Fashion Or Faith' and 'Don't You Ever' seem to suddenly cut into completely different songs, the rhythm jumps and fidgets like a skittish horse, and the guitar parts seem to be fragments glued on randomly. The whole record seems impatient and anxious. Experimental? Challenging to the listener? To me it was just unfocused, under-written and unconvincing.

A couple of examples: 'Fashion or Faith' (leaving aside the self-conscious Cranberries-esque title) starts with a pleasant Smiths jangle but has an awful plodding chorus which seems plonked in from another song. The same thing goes for the arena-friendly rock of 'Let This Light Shine In Your Eyes' - it begins promisingly but is spoiled by leaden drumming and a squally middle section that just curdles the song like sour milk. And 'Can't Stop Moving' is a potentially fine song spoiled by the irritating shouty vocals that also turned me off first single 'Stop And Remember'.

The frustrating thing is that there's the makings of a fine band in there. Some of those bits and pieces and odds and ends mentioned above sound quite interesting in themselves. It's just that the songs aren't there. Nothing jumps out on the first listen or pops into your head during the day like really great songs do.

The pretty title track was the only song that sounded coherent and unforced from beginning to end. Lyrically, the chorus of 'You Remembered' ("this city holds a mirror to the party" is a great image) stands out. However, like the music, the lyrics on this album generally feel like flashy soundbites ("seen my baby on a six-foot magazine") hitched together without any thought.

At this point someone will probably jump in to insist that The Immediate are very possibly be the greatest live act since The Jesus and Houdini Cabaret Show With Special Guests The Beatles Reunited. Good for them if they are - but their record is nothing special. A bit more work on the songwriting and then we might be in business.

Check out the discussion that this review provoked on the CLUAS discussion board.