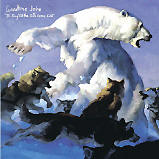 Review Snapshot:
Delicate melodies. Lush harmonies. Picturesque lyrics. Layered song structures. What is there not to like about this album?

Full review:
You might be puzzled as to why this album is only getting a review now, even though it was originally released in 2004. Well, the ever-impressive Trust Me I'm A Thief label has just re-released it so that anyone who missed it first time round has no excuses now.

John Cowhie a.k.a. Goodtime John creates the type of music that summons a softer, more fragile side of the listener. Clouded in a slow burning ambience of intensity, his songs lasso a sadness that ebbs freely alongside lyrics of a delicate nature. They are lyrics that guide the listener down to a level where melancholy roams and tenderness soars. And Cowhie's vocals border on a vulnerability that becomes oddly comforting.

So basically, this is an album full of lo-fi strings, impressionistic lyrics and a mood that is at the same time mellow and uplifting. Think along the lines of Bonnie Prince Billy or Magnolia Electric Co.

On the opening track 'Enter The Sea', Cowhie sings 'gonna take my boat/ and enter the sea/ go it alone, into the storm', as if to indicate that the protagonist finally realises that life is just one long personal battle. There is an ongoing sense of a struggle throughout the eight songs on 'I'll Sing Till The Sun Turns Cold', but the digestible instrumentation and rich imagery allow that struggle to be warmly entertaining. The sleeve notes plead with you to 'please listen in the light', but what it should say is 'please listen through headphones', as this deep-rooted effort commands a closer inspection from the listener. Its intricate beauty only reveals itself after numerous careful listens.

The fifth song 'By The Shelf It Sits On' perfectly sums up Goodtime John. Beginning slowly with Cowhie softly singing lines like 'ask them to spell friendship / see if any of them stutter / and cross them off the list of things to do', before some reserved instruments usher him forward. A tightrope of emotions swings back and forth until the song cascades into a Redneck Manifesto-like number with buzzing guitars, trembling drums and various other instruments coming in with cameo roles (all provided by members of The Jimmy Cake, Connect Four Orchestra and Redneck Manifesto). The song then sails out under the collective chorus of more friendly session musicians, who help to round it off superbly.

Goodtime John uses this album as a welcome mat to his world of delicate melodies, lush harmonies, picturesque lyrics and layered song structures. The assistance of a great backing band along with the string arrangements from Abigail Smith and Lioba Petra help to elevate the songs higher, and the cover artwork from Gregory Manchess deserves a mention. But it is Goodtime John that deserves the recognition for this truly enjoyable album.

Check out the CLUAS reivew of  Goodtime John's 2002 album 'Brought four ways out of town'.

Check out a 2002 CLUAS interview with Goodtime John here.