The Frank and Walters 'Glass'

Franks for the Memories? 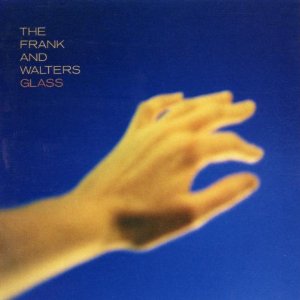 The Frank and Walters. Remember them? Formed in 1990 they achieved almost overnight success in Ireland and the UK with their quirky, some might say novelty, pop tinged offerings. 'After All' was the sound of a thousand and one discos across the nation (and probably still is if you go to college in Athlone) and it seemed that the Cork men were going to be "it". Well, with their latest offering you can add an "sh" to the start of the previous sentence's final word. This is the sound  of dreariness, weariness and above all a prime example of too many choruses spoiling the broth. With that in mind it'll probably be regarded as a classic in some circles. Well, I won't eat my hat if it is, at times it actually is engaging in its own simplistic way. But for the majority of its duration 'Glass' is the sound of a rusty brain. Full of advice for the kids (man) and lyrically and musically set in the 80s ("when you hear the sound of the underground / you'll be lost and found" is piped repeatedly over the worst imaginable Gary Newman style tune). 'Glass' has some charm in that it sounds so incredibly dated. But there is where the charm ends.

For this album the Franks have enlisted the skills of former U2 production men Flood (on one track) and Rob Kirwan (the engineering assistant on U2's mis-guided Pop album) to bring an edgy "groove" to the whole thing. Only very sporadically does this album resemble anything remotely "edgy". On the dark '6 becomes 9' it works. But its "bow-down-to-the-one-you-serve" chorus was emphatically "done" far better by Nine Inch Nails all those years ago. The off kilter drumming and pingy keyboards make it about the only highlight on this dreary, irritating album. Two tracks in, 'New York' try's hard to get a Mercury Rev vibe going with some eerie 50s B-movie style backing vocals, but even at this early stage you know it's too late to save the album. The sub Johnny Cash vocals of the St Christopher endorsing 'Sinking' are dreadful beyond belief, and its guitar line could easily have been at home on either of the last two U2 albums.

On the plus side, 'I Will Be King' has an admittedly clever play on the lyrics to Bowie's 'Heroes' and 'Talking About You' works probably because of its late 80s Stranglers feel in both bass, jagged guitar and chorus. But there's the rub - they're good because they remind you of somebody else. In striving for an original sound, The Frank and Walters have fallen at their own feet. Kraftwerk were probably a big influence in the recording process and 'Glass' was probably bags of fun to make what with exploring all those new keyboards and drum machines and sound textures and stuff, but unfortunately they forgot to make an album that is in any way enjoyable or endearing to the listener.

The Frank and Walters, on this showing, are a weary band. 'Glass' is a departure in sound from their previous offerings but they still try to retain cohesive song structure and maybe that's where they've gone wrong with their "new sound". Radiohead somehow pulled off the "new sound" diversion with the absence of cohesive "songs" but sadly all the Franks seemed to have pulled off is themselves. As they put it in 'Looking For America', which closes the album: "?was looking for a dream to dream in the last days of my youth / was waiting for hope to arrive?" Their days of youth are most certainly behind them, and hope does not come with cheesy keyboards and a few "la-la-la" choruses.

Franks for the memories lads, it's time to give up while the going is average.