A review of her album 'Let It Die' 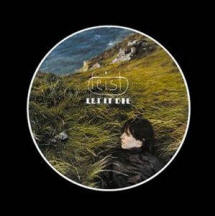 Review Snapshot:
A collection of porcelain quality songs that whisper about love, confusion and rejection without making you disinterested in the slightest. Some songs switch from singing in English and in French but the elegant charm is never lost through the language transition. An album that will intrigue with every listen.

Full review:
Having played in bands that supported The Ramones and the Tragically Hip, roomed with Peaches and offered her vocals to songs by the Kings Of Convenience, the question still remains: Who is Feist?

Leslie Feist (aka Feist) started off playing in punk bands before a doctor told her to stop singing after she lost her voice when touring as a nineteen year old. Determined to stay in the music business, she was soon playing guitar in a rock band before recording with artists like Peaches and Gonzales. It wasn't long before she was in the studio preparing her own tracks.

There's an almost bruising elegance to tracks like 'Gatekeeper' and 'One Evening' that sneak up and strike the listener. Guitars, flutes, trombones, saxophones and clarinets all combine to play back up to Feist's vocals. Glossed over with an appetizing melody, the title track detonates with an aching truth with the lines "the saddest part of a broken heart / isn't the ending so much as the start".

The soothing vocals intrigue and beguile on every song but they really infect the feelings on 'Lonely Lonely' and the Ron Sexsmith penned 'Amourissima' where the Canadian born singer/songwriter switches between singing in English and French with considerable ease. The dream-like 'Mushaboom' along with 'When I Was A Young Girl' add a cherished playfulness to her sound. The closing track 'L'Amour Ne Dure Pas Toujours' is sung with a chime-like delicateness in the florid French language.

Of 'Let It Die' Feist has said that it is 'Eleven tracks to soundtrack your days and narrate your nights. It is cinematic, expressive, sensory and incredibly fun'. Her description sums up this album quite well, with its hybrid of placid and sensitive songs it is an album that can appeal to anyone.