A review of his album 'Dog-eared Memories' 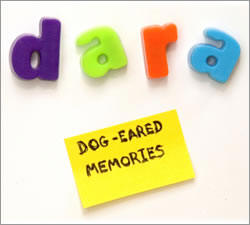 Review Snapshot: Yes, it's 'Welcome To Our New Direction", as someone who once recorded songs that sounded like Prince and U2 (good thing) now goes all Ryan Adams (bad thing). With antiseptically pristine production, though, so that Ronan Keating fans can listen too.

Full Review:
Alt-country, which sounds cool in theory but in practice usually means slow churning guitars and maudlin lyrics, seems to be the bandwagon of choice for today's inspiration-free singer-songer. Having previously dealt in '80s-style big-arena pop on his 2000 debut 'The Eye Of The Clock' (a reasonably enjoyable album, let it be said), Dara returns with something completely different. For that at least, fair play to him.

However, his choice to follow the Ryan Adams route of mythic Americana and bar-room philosophising is, on the scale of Bad Ideas in Pop History, somewhere between 'Let's write about the war!' and 'Let Ringo sing one!'

So, what we get is an immaculately-produced and -played album which sounds completely soulless and contrived. All the singer-songer clich? are present and correct - vague existential angst ('I'm Bleeding Something'); my-friend-the-beautiful-failure ('Heroine'); the New York song ('Another New York Story'); that damn superficial and materialistic modern world we live in ('If You're Not Looking For A Leader, Come Follow Me') and as many American allusions ('Kansas', 'Silver Dollar Moon') as possible.

Dara's one big idea, though, is that time passes. Notwithstanding the title of his first album (see above), the recurring temporal references on songs like 'A Room Of Used Things', 'Just Not Today' and 'Stumbling Through The Years' make you wonder if his whole career isn't being underwritten by Weir's on Grafton Street. Either that or he genuinely thinks that he has unearthed something profoundly new and radical in what most of us discuss every New Year's Eve or while waiting ages to get served at the bar.

This record does correlate, though, to Einstein's observation that time flies when you're having fun but drags on during a painful experience. Now, which of those two does this record belongs to, do you think?