A review of their album 'Mine At Last' 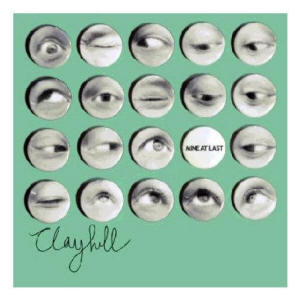 Full Review:
Support slots for the likes of Bob Dylan and Beth Orton give a good indication of what English band Clayhill sound like. 'Mine At Last' features folk-influenced indieness with varying degrees of rock.

It starts well. Opening tracks 'Beard' (facial hair - how folk is that) and 'Suffer Not' are as playful and idiosyncratic as the best of Badly Drawn Boy.

After that, though, the record turns to Elbow-style overblown rock seriousness, and it doesn't suit them. The treadmill trudge of 'Halfway Across' and 'Mari Sol' make for particularly joyless listening. The generally Eeyore-esque lyrics include such wisecracks as "who's going to ease the pain?" and "are you going to die alone?". Party!

While this record is competently made and has at least two good tracks, overall it's nothing special. There's nothing about Clayhill to suggest that one day soon it'll be Dylan who's supporting them.