A review of their debut album 'Asleep in the back' 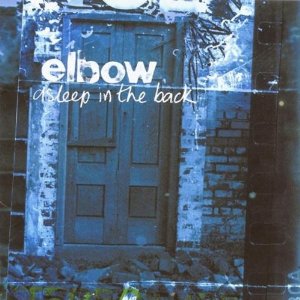 Okay. Before kicking into the review I have a little lofty observation to make. It'll probably sound fierce pretentious but, pray tell, indulge me a moment.

Whenever someone talks about music they love or hate it's almost invariably the 'conscious' listening experience that is spoken of. It's not often however that the effect of music on one's subconscious gets discussed. Yeah, those moments you end up being half asleep when you listen to an album can, on a rare occasion, provide a peculiar but deeply affecting experience, one that is basically impossible to consciously describe. Musical moments as diverse as My Bloody Valentine's 'Loveless', Blue Nile's 'Hats', Peter Gabriel's "Passion" or the closing track on Yo La Tengo's 'Painless' record have, for me at least, somehow delivered intangible goods to the subconscious. To that list can now be added "Asleep in the back", the (not inappropriately titled) debut album from Elbow.

Hailing from Manchester, Elbow have delivered a confident and emotional album that - let there be no doubt - is densely layered, occasionally claustrophobic, and at times heartbreakingly poignant. Yes, "Asleep in the back" is one of those things that can be labelled (dare I say it) an earnest record. "Not another one" I hear you sigh en masse as we slip into what threatens to be a wonderful, gay, hormonally happy summer. Sorry, but yes.

The album opens with 'Any day now', whose organ intro deceives you to expect a grand Pink Floydism before the drums slam in and shake you from any such illusions. As an opener the soaking harmony vocal of the chorus (if you could call it that) sets the challenging tone for what follows. The vocal indeed is a key signature of the whole album - lead singer Guy Garvey's voice is by turns suggestive of Talk Talk's Mark Hollis ('Presuming Ed'), Peter Gabriel ('Scattered Black and Whites') and even that geezer who was in the Christians ('Newborn'). Nonetheless Elbow clearly demonstrate a confidence that marks them out as being distinct from any of the above (or Coldplay or Doves as some others have observed). 'Powder blue' is a case in point. A perfectly poised song that moves along the spine of simple but effective piano motif. And then, 4 minutes in, a siren call as you have never before heard uttered from a saxophone. And then very suddenly it's over leaving you confused and looking out the window cos you think somebody somewhere near you is blowing the horn of a car. They're not.

But it's not a unanimous verdict. The jury is still out on 'Little beast' that, let's be clear, is pitched at a different, less ambitious, quality level. And then there's some lyrics that I can't make my mind up on. Take for example the opening couplet of 'Newborn - "I'll be the corpse in your bathtub / useless I'll be deaf as a post". Is that genius or just complete codswallop? Uh, the latter I think would be the safer bet.

Such flaws however are quickly rendered redundant by the album's closing track 'Scattered Black and Whites'. A series of simple snapshots from a childhood that never becomes too sentimental, never too twee. And on summer days like these, it might just break your heart as it lifts forgotten childhood memories from your own subconscious.

Try not to ignore this album.