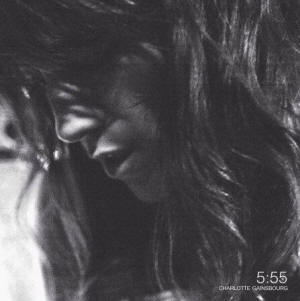 Review Snapshot:
Respected French actress (oh, and her parents made a record or two) does an Abramovich-style recruitment drive on the likes of Air, Jarvis Cocker, Neil Hannon and Nigel Godrich (all influenced by her father's music) and between them they deliver a stylish and confident album of coffee-table pop. Highly recommended.

Full Review:
Charlotte Gainsbourg certainly has an excellent musical bloodline, but her racing form is poor to say the least. The height/depth of her back catalogue to date is her excruciating pre-teen squeaking two decades ago on 'Lemon Incest', a shock-value duet with her father Serge, followed by a self-titled debut album that makes 'Joe Le Taxi' seem like high art in comparison. A fine actress for sure, but no singer she. Her only notable recording since then was her thrilling spoken-word intro to Madonna's 'What It Feels Like For A Girl'. Twenty years after 'Lemon Incest', can the combined efforts of her assembled indie galacticos inspire her to greater musical heights (e.g. adequacy)?

Fortunately (not least of all for the reputations of her collaborators), '5:55' is a fine record. Gainsbourg's voice (always this album's potential deal-breaker) is unambitiously competent; in acting parlance, she doesn't trip over the furniture. She settles on whispered lilting rather than open-voiced singing, delivering her English lyrics in her mammy's cut-glass Chelsea-girl accent - the effect is similar to that of Sarah Nixey, Luke Haine's co-vocalist in Black Box Recorder. A whole album of it may understandably be boring for some listeners, but Gainsbourg keeps to her strengths.

Musically, Air offer plenty that reminds us of Charlotte's illustrious heritage. 'Jamais' features the slow, soulful, high-in-the-mix bassline of 'Melody Nelson', and the rich, swooping orchestrations by David Campbell (Beck's father) throughout the album allude to Serge's peerless late-'60s singles. In particular, 'The Songs That We Sing' (the album's best track, with lyrics by Neil Hannon) is unmistakeably Gainsbourg senior, with its icy xylophone and swarm-of-bees string arrangement recreating the cold-blooded glamour of 'Bonnie And Clyde'.

Notoriously shy, Charlotte has admitted in interviews that she had problems with the cold, cynical persona Jarvis Cocker was initially creating for her in his lyrics - but it doesn't show in the singing. 'Jamais', for example, features some typically witty Cocker couplets ("You think you know me, that's your trouble/Never fall in love with a body double") which she pulls off convincingly by virtue of her haughty English accent. She changes gears for more intimate songs like 'Beauty Mark' and 'Tel Que Tu Es', whose lyrics sound like they ring true for her ("I've got a beauty mark written on my skin/Close to my heart/I keep it out of sight/Safe from the world outside.../...my secret part").

That this album sounds so much like a typical Air record just goes to show how much of an influence Serge Gainsbourg has been of them too. In fact, were this the duo's own album we'd be calling it 'Moon Safari II', such is its resonance with the key sounds of their debut - the dreamy soundtrack moods, spage-age sound effects and atonal chord progressions that are now synonymous with Air. Even the Strokes-like guitar/bass intro to 'The Operation' slips into a gentle piano groove.

However, credit must ultimately go to the person whose name is on the album sleeve. '5:55' is hardly daring or innovative - it sounds too much like its collaborators' back catalogue for that. That said, having an album that sounds like Air and Serge Gainsbourg (her own father, after all) is no bad thing at all.

Check out the discussion about this Charlotte Gainsbourg album on our discussion forum.