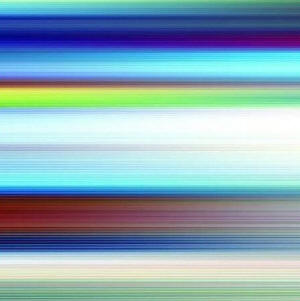 Review Snapshot:
The long-awaited re-issue of My Life In The Bush Of Ghosts has finally come! It's the Rosetta Stone for some of the greatest music of the past twenty years. It sounds as new/futuristic and ancient/primal now as it did in 1980.

Full Review:
Before Beck, Moby, et al. Before Talking Heads' Remain In Light or Peter Gabriel's So and Us. Before Radiohead and Public Enemy, before computerized sampling and digital editing there was Brian Eno/David Burne's 1980 masterpiece My Life In The Bush Of Ghosts. It's recently been re-released with extra bits . A cause for celebration.

'...Bush of Ghosts' introduced me to a new world by giving me exciting, dangerous music without the restrictions of narrative lyrics. Their use of "found vocals" (gospel preachers, Arabic chanting, white evangelicals off the radio, a recording of a real exorcism) hit me hard (still does) and opened my eyes to what was possible in pop music. This was music I could get deep into on a different level than by trying to understand "what the song was about". This, of course, is nothing new to instrumental jazz or classical music lovers, but for a 20 year old white Californian it was a revelation. It led me into exploring African and Asian music, and made it possible to tackle Miles Davis and Louis Armstrong.

'...Bush of Ghosts' was also the beginning of a shift away from guitar based pop to a new kind of vital music centred on drums and rhythm. The guitar was used to accent the rhythm with grooves and riffs, as in much African pop. You can hear that anti-solo, groove-type guitar in the subsequent masterpieces on Peter Gabriel's So and Us albums, Paul Simon's great Graceland and The Rhythm of the Saints, Talking Heads' Remain In Light, as well as on much of U2's work (I remember David Evans apologising for playing a "real" guitar lead in Bullet The Blue Sky).

In the liner notes of the new issue David Byrne says the original concept was to release it with invented names and claim it was from a unknown country. When it first hit me it was more like from a different planet. It changed the rules for much that was to follow.

For me, the most amazing thing on the album is The Jezebel Spirit, which may be the scariest song ever recorded. The vocal is a field recording of an exorcism of a woman. It opens with a creepy laugh from the exorcist. As it builds you hear the deep breathing of the "possessed" woman as the Jezebel spirit within her is confronted. This, over rhythms that are ominous and playful at the same time. (To keep things in perspective, though, it should be recalled that McCartney, Lennon and George Martin were experimenting with some of this stuff in 1966 at Abbey Road (using a lousy four track machine!), and they didn't do half-bad themselves.)

An album that delivers intense and serious art that makes you want to dance. What could be better?