Joe Chester has a wealth of experience both playing and producing and it all shows on this album. Right from the opening title track we are presented with a collection of lush, beautifully crafted pop songs with a richly textured sound. Guitar and piano are the dominant instruments and the album has a melancholy feel overall with many of the songs inspired by the end of a relationship. Despite this it never slips into maudlin singer/songwriter territory - the songs are just too damn catchy for that. The title track, Charlie for a Girl and How You Wish You Feel in particular all have great melodies and the album closes with an achingly lovely piano based ballad, Anyway, whose wistful refrain of "anyway... I kept it to myself" lingers in your head long after the song has finished. A perfect end to a cracking record. Paul Brosnan 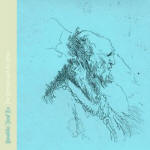 Male acoustic singer-songers are a much-maligned bunch, but Ronan Hession's music displays the imagination, subtlety and craftsmanship lacking in many of his peers. MDR's second album features tales told by characters like a troubled detective, a doubting monk, a deposed Latin American president and a tired father of three girls. But the stories never overwhelm the songs - with his good humour and understated (though never mumbling) singing style Hession draws in the attentive listener like a seasoned angler reeling in a prize salmon. And those tales contain flashes of insight told in genuinely poetic lyrics and set to memorably lilting tunes. Not only can Hession write lines as good as "Standing in a rain that would even drown dogs/I got an itch in the bud of my eye/And oh, the day's exhausting/All this hacking though your life", but he can also put them to a strong tuna - sorry, tune. You'll be hooked. Aidan Curran 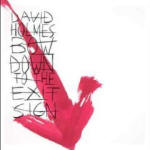 A vast improvement over the rather insipid 'Let's Get Killed', David Holmes' third solo album remains his best, though his most recent album 'The Holy Pictures' comes pretty close. 'Bow Down...' is Holmes' tipping point, the moment he truly made the transition from Norn Iron DJ to a proper, fully-realized, internationally-recognised musician in his own right. Boasting guest appearances by an achingly hip group of collaborators in the form of Bobby Gillespie, Jon Spencer and Martina Topley-Bird, Holmes races through an eclectic mix of genres from dub to funk to soul to gritty rock 'n' roll and back again with effortless ease. The best bits? 'Incite A Riot', 'Compared To What' and the masterful '69 Police' but what makes 'Bow Down...' so intriguing and so fresh sounding nine years on is its cinematic quality, which was intentional. The album was designed with a narrative in mind as it was written to accompany an undeveloped film script. No wonder Soderbergh came knocking. Ken Fallon 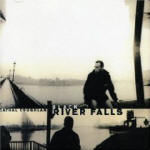 As frontman of the mostly angry Microdisney and later of the mostly angry Fatima Mansions, Cathal Coughlan (who is the greatest living Irishman), produced a string of wonderful records that were ignored by most, but which burrowed their way into the cynical hearts of a hopelessly devoted few. Black River Falls, his second solo album, marked a departure, at least in musical terms, from much of his previous work, although lyrically, his themes remain as uncompromising as ever. Where Microdisney carried Coughlan's anger along on fluffy constructions of bouncy guitar pop, and Fatima Mansions let loose the guitars of hell, Black River Falls is, for the most part, a collection of ballads where piano, rich acoustic guitar and bits and bobs of strings are the dominant instruments. Coughlan's velvety croon sings of the downtrodden and the despised and those for whom happy days are short lived in a manner that suggests, perhaps, Nick Cave at his most tender, but with better tunes, words and singing. It doesn't get any better than this. Michael O'Hara 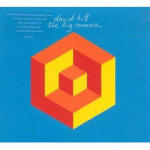 Around the turn of the century there was something of a proliferation of singer-songwriters in Ireland - perhaps culturally we've always had a predisposition to the lone balladeer but, Jesus, was it ever getting boring. With the release of 'Small Moments' in 2000, David Kitt harnessed the integrity at the heart of the 'one man and his guitar' combo while leaving aside many of the trite clichés which had become synonymous with it. 2001's sophomore release 'The Big Romance' saw bedsit-based programming, samples and elements of electronica add a texture and depth to his sound that proved hugely seductive. As the new millennium gathered momentum, so too did the pace of life, however, Mr. Kitt's tempo seemed to slow exponentially allowing him to draw attention to the little, oft ignored, things; the romance of a graffitied bench, the inherent rhythm of street steps and the kaleidoscopic shifts of light at the gloaming. This attention to detail lyrically is mirrored musically as 'Strange Light in the Evening' fades into 'Whispers Return the Sun', the most subtle of shifts in the beat signalling the dawn of a new day in London Bridge. The musical precision that underpins Kitt's tales of love and life in his city, allow this Big Romance to be at once intimate, heady and enduring. Just as all big romances should be. Jan Ni Fhlanagain 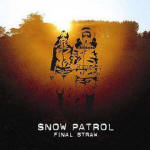 This was the Northerner's third long player, but it was a sign of how little impression their first two albums had made, that they were nominated for best newcomer at that year's (2004) Q Awards, and nobody batted an eyelid. For those who associate the band with contrived Grey's Anatomy climaxes, this may appear a sacrilege, but I make no apologies. Once again let me direct the cynics in the direction of the songs; the drive of Wow, the seething intensity of Gleaming Auction, the pure pop catchiness of Spitting Games. If you can ignore the sleep inducing sentimentality of Run, and take the album, to paraphrase John Giles, on its merits, you will not be disappointed. To some hardcore fans this may have appeared a sell out, that this hitherto indie act had gone commercial. But on listening to music, who's to say their success wasn't thoroughly deserved? Mark Townsend 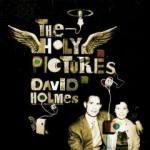 Belfast born musician David Holmes had a pretty sweet thing going in Hollywood. After a couple of well received, but rarely heard albums in the mid nineties, he began scoring major American movies and became one of the most sought after composers in the industry. He could have bounced from one film to the next, recycling the theme to Ocean's 11 again and again, but in 2008 he returned to solo action cutting this fine collection of energetic pop rockers and moody instrumentals. Inspired by his own childhood experiences, Holmes couldn't resist debuting on lead vocals and his voice adds a wispy texture to songs like 'Love Reign Over Me' and 'Holy Pictures'. But it's the energetic guitar driven opener 'I Heard Wonders' and damned piano chords of closer 'The Ballad of Jack and Sarah' that leave the biggest impression. Dean Nguyen 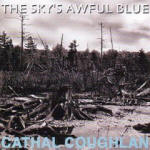 That most folk have merely paid lip-service to Cathal Coughlan's achievements over this past decade should be a source of much debate and gnashing of teeth. For some 30 years now Coughlan, ever the outsider and, admittedly, more comfortable kicking against the pricks than giving them head, Coughlan has continued, determined to do nothing other than create great music. And 'The Sky's Awful Blue' is, by some distance, the greatest Irish album of this past decade and certainly Coughlan's apotheosis as a solo artist. Whilst 'Black Rivers Falls' and 'Foburg' contain words and music of astonishing virtuosity, they lag behind 'Sky's' relentless excellence. There's no flab here. Coughlan's is a dystopian world where characters get exactly what the f**k they deserve. There are no happy endings on 'The Sky's Awful Blue'. Its appeal lies in the attention to detail, the chord changes that shouldn't work but do, the piano accompaniment on 'And Springtime followed Summer' as he sings "We were out to cause explosions, a baying mortgage throng..", but above all that voice, soaring from a Nick Cave growl to a Scott Walker croon. Lend this record your ears. Confucius 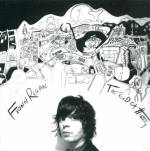 Fionn Regan cites Neil Young as a major influence but a listen to his engaging 2006 debut invites more obvious comparisons to Nick Drake and Damien Rice – this occupied the minds of many reviewers at the time of release. Listening to the album again, the reverb-heavy, finger-picking style recalls Bon Iver (in a good way) or Lloyd Cole – is it possible for singer-songwriters to be truly original these days? No matter though as The End of History gets past its portentous title to deliver an engagingly melodic selection of tunes, the best of which is Put a Penny in the Slot which makes its way onto many of my compilation selections even now. The album was shortlisted for the Mercury and made Irish Album of the Year in the Independent. Fionn Regan made an initial impact – but the next chapter could be truly special. Stephen McNulty

Like all the best 'post-rock' (for want of a better term) bands, it's pretty hard to describe the music of gifted Wicklow three-piece God Is An Astronaut. You either get it or you don't. In essence, their music is a mood, a feeling, an atmosphere, soundtracks to imaginary films and 'All Is Violent, All Is Bright' is probably the best soundtrack to an unrealised film you're ever likely to hear. It's a powerful, deeply atmospheric, dud-free beast of an album, without an ounce of superfluity across its entire ten tracks. Take opener 'Fragile', for instance - a majestic, sepulchral thing of wonder, equal parts Mogwai and 'Disintegration'-era Cure. The frankly terrifying 'Suicide By Star' sounds like the end of the world while 'Remembrance Day' boasts some deliciously melancholic piano that eventually segues into an all-out guitar/synth/processed-vocal maelstrom that leaves you shocked and awed at the sheer apocalyptic beauty of it all. Make no mistake, 'All Is Violent, All Is Bright' is an absolute f*****g masterpiece. Ken Fallon