To mark the occasion of CLUAS.com's 10th birthday the CLUAS writers were polled to find the top 50 Irish albums of CLUAS.com's lifetime, i.e. from 1999 to 2009. A total of 35 writers voted in this poll, each of them voting for an average of 8 albums. Below are the top 50 albums that secured the most votes and every single album you see was voted for by at least 2 writers (with the majority voted for by at least 3 writers). Each album is accompanied by a brief reflection from one of the writers who voted for it. We have also done an in-depth, number-crunching analysis of the results and come to the conclusion that 2001-2002 was the vintage period for Irish Music in the last decade. Anyways. Is the list on the money or well wide of the mark? Any major omissions? Let us know what you think via this thread on the CLUAS Discussion board.

Probably the greatest album ever mostly made in South Korea, Galwegian Brian Kelly decamped to Asia to teach English for a spell and returned home with something truly remarkable. It's been said so often by Kelly's (far too) small legion of true believers that it's almost become an online cliché on a par with alliterating the also appearing in this countdown Lisa Hannigan's name by concatenating it with the word "lovely" but Kelly is very possibly a mad pop genius. Every note sung on These Truly Are End Times, every string plucked, every key pressed and every drum hit was exclusively done by Kelly and the resulting songs went on to become the finest collection of power pop tunes committed to CD since Weezer were good at what they did over a decade ago. Hmm, I guess that means that as far as I'm concerned this is the best power pop album of Cluas' lifetime. Ian Wright

49. Waiting Room
'Catering For Headphones' (read the original CLUAS review of this album)
(2004)

Waiting Room's Catering For Headphones emerged at a time when Cork City's music scene was undergoing dramatic change. Legendary Cork venue Sir Henry's had disappeared from the musical landscape and many music fans were contemplating an uncertain future. By releasing Catering For Headphones, Waiting Room deviated from many of the conventions of Cork rock music. While past Cork acts such as The Sultans of Ping and Five Go Down To The Sea? had dutifully represented the quirky and fun side of Irish music, Waiting Room embraced a more serious and emotionally tinged, low-fi sound to deliver a collection of subtle epics. Opening track Waller St sets the tone beautifully for a record that is as much about the intricate nature of music as it is about life. Another Take is a genuinely infectious track that sucks the listener into a trance like state and perfectly illustrates the talent of songwriter Nigel Farrelly. Return My Rabbits is another mini-epic, which showcases the band's more adventurous side and benefits from the production talents of Ross O'Donovan. While Waiting Room may no longer be together, they etched their place in the annals of Cork rock history by releasing an album that left the past behind and looked confidently to the future. Mark McAvoy

Blending rock-fuelled musical compositions with lyrics of true emotional depth; Forward belied the myth of difficult second albums. Recorded at a time when the band lost original bass player Gavin Fox to Idlewild and released without the backing of a record label, Forward's haphazard nature is best illustrated by the fact the song No More is listed as I Close My Eyes on the album sleeve because Oliver Cole couldn't remember the name of the track when the artwork was being completed. However, one thing Cole did get right was the song writing and gone was the youthful cockiness of Antisocial, replaced instead by a layer of introspection and insecurity from where all great lyrics are written. That Turn are no more is one of Irish music's great losses. However, in Forward they have left us an album of, pure song writing, real depth and yet one that still manages, to quote Oliver Cole, 'to rock like a motherf*cker.' Steven O'Rourke

The album cover depicts a tightrope walker traversing a rope that stretches from the Dublin Spire to the monument it replaced: Nelson's Pillar. It is a fitting image for an album that weaves narratives of flight, fear of flight and flights of fancy. The album was partly inspired by Limerick native, Daragh Dukes's own fear of flying. Highlights include the harmonic 'Mister Petit', which focuses on Frenchman Phillipe Petit's journey between the Twin Towers, in 1974, on a self constructed tightrope (as documented recently in the film 'Man on Wire'). The electro flourishes of previous album, 'Headgear' are still very much present, most notably in the epic closing track 'A Singsong in the Sky'; but there is also a more mature and varied instrumental approach to the songs, from the acoustic plucking and harmonica of 'The Emergency Position', to the guest saxophone solo from comedian Pat Shortt on 'Icarus Girl'. Aviophobia never sounded so good. Máire Robinson 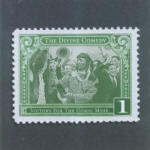 Ah, Neil Hannon. From the unaffected innocence of 'Liberation' and 'Promenade' to the overproduced indulgence of 'Fin De Siecle' and 'Regeneration', it's been quite a trip. Rarely has life imitated art as accurately as Hannon actually becoming the lecherous fop he poked fun at on 'Casanova'. But out of nowhere in 2006 Hannon dropped 'Victory...' into our collective lap and, suddenly, it was time for a reappraisal. That it contains probably his finest song 'A Lady of a Certain Age' - is as good a place as any to begin. Throwaway pop tunes 'Mother Dear and 'To Die a Virgin' litter the album. He's older now and, for the most part, wiser. Sure, it isn't perfect 'Diva Lady' and 'The Plough' are all too reminiscent of his mid-period Liberace moments - but 'Victory', if nothing else, reminded the world that Hannon, shorn of the burlesque excesses of old, remains a wonderful songwriter. Confucius 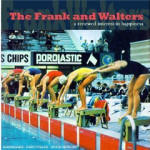 45: The Frank and Walters
'A Renewed Interest in Happiness' (read the original CLUAS review of this album)
(2006)

It was six long years between The Frank's 'Glass', a criminally underappreciated work of genius, and the Dave Couse produced 'A Renewed Interest in Happiness'. From the opening riff of 'Fight' to the closing outro of hidden track 'Changed My Way of Thinking', we are taken on a very merry jaunt of the finest, most joyous melodic guitar-driven pop imaginable. Lead single 'Miles and Miles' coaxes out a smile, new live favourite 'C'mon' makes you feel more alive than you have in years, until Linehan's Fender Jazz-driven 'Country Boy' grabs you by scruff of the neck and marches you off to detention. The brakes are temporarily squeezed for the delicate and glorious 'Learned to Love Myself Again' before being released for 'Keep the Faith', 'Guilty', Hold On' and 'You're the Greatest'. Ireland's McCartney and Lennon, take a bow. With five glorious albums in their armoury, it really is time for the world to awaken from its slumber. This really is as good as it gets. Sig O'Doherty 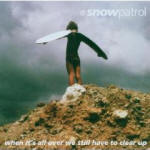 Before the album that blew them into every weepy moment ever on TV came this widely overlooked sophomore album. The reason 'When it's all over…' works is because it sounds as if Gary Lightbody doesn't quite know what to do with such a gaping hole in his chest. From 'Never Gonna Fall In Love Again' to the title track it's almost hard to believe he managed to live never mind write songs. Think of it as a mature and lo-fi brother to Ash's 1977 that is low on the immediate pop effect but high on repeat listen findings. A great break up album that brings all the unrequited love, hate, frustration and yearning. At times it does become too wallowed and withdrawn but is picked up by some much needed punch when things become too bleak. More admirable than their current drivel. Daire Hall 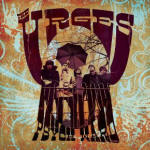 On first inspection Psych-Ward sounds like it belongs in Tower Records nugget bin. It's a surprise then to find out it's actually the debut album from Dublin's finest 60s garage band. Psychedelic swirls, fuzzed up guitar, gritty drums, there all contributed to an album that plays like a napalm assault on the senses. No one ever accused The Urges of being the most original band in Ireland, but they channel the spirit of a by gone era so flawlessly it's hard not to be impressed. In a strange new world where the search for originality has pushed rock and roll into often unlistenable territory, The Urges emergence felt like a cold breeze on a hot summers day. And that makes this a relevant album in my book. Dean Nguyen 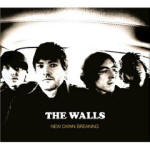 The Walls' music output could never be described as prolific, in the 10 years of Cluas they have released 2 albums, Hi-Lo and New Dawn Breaking. Hi-Lo, an electrifying album in its own right spawned one of the best Irish singles of Cluas's lifetime, 'Bone Deep'. A bass-driven masterpiece that escapes being genre defined in much the same way as Doves' 'Pounding', the lyrics are as slap dash and as chaotically controlled as Beck's back in the day, before he went and found himself. The reasons for this sparse output are a plenty; from 'majors' almost squeezing the life out of their artistic drive, to their accountant clearing out their account without permission to lace his own fat pocket as the track 'Drowning Pool' and its punchy riff details, to having an almost OCD type drive for perfection in the studio, relaying, redubbing and reworking each song again and again. You almost feel like you're cheating by only having to listen to and be lifted by this quite beautiful record, when you think of the effort and struggle that has gone into getting it released. And with their backs firmly to the wall they graduated with flying colours in self-sufficiency.... 'To the Bright and Shining Sun' with its uplifting licks being the summer anthem of 2005, 'Passing Through' and 'Open Road' showed the young pretenders to the throne just how a slice of guitar pop should sound, effortless. The intricate and more delicate 'Birthday Girl', 'Romantic...' 'Ghosts' and 'Black and Blue' push all the more sensitive buttons and stand out track, the soaring 'High Wire' elevates you to a new and wondrous place. Stunning. Sig Doherty 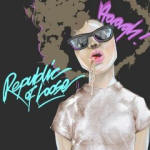 Not sure if it's because of the fact that the Gulf Stream continues to tip gallons of rain on this country from one end of the year to the other, whether we can blame 800 years of oppression by the Perfidious Albion or whether our Celtic antecedents have made us more kooky than carnal but the fact of it is that, in musical terms at least, we Irish don't do Sexy. As in raw, dirty, batteries required, fur handcuffs and whipped cream sell your soul to the devil Sexy. The exception to this is the Republic of Loose, a band whose entire works could and should be sold on from the top shelf. The embodiment of all this sin is their front man, Mick Pyro, a man who lives and will die convinced the world revolves around his priapus. While it's a delusional premise common to any number of rock gods, it makes for some great music, and, in the case of "Aaagh", some great laugh out loud fun. "You know it" is a definite highpoint, the best piece of blue eyed American soul recorded by an Irish band, but it's only one of a number of gems here. Best heard when you're wearing protection. Anthony Morrissey