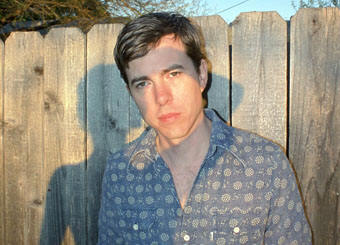 Review Snapshot:
Lo-fi songsmith Smog was once called (Smog). Now he's back and he's called Smog again. To lose one may be regarded as a misfortune but to both parentheses seems like carelessness to me (Smog). With or withour parentheses, this gig saw Bill Callahan in enigmatic form.

Full review:
Smog, aka Bill Callahan, has been releasing records of introspective lo-fi alt-rock for over fifteen years. He may not trouble the top of the charts or challenge the ring tone hegemony of the Crazy Frog, but he has amassed a solid following of quietly devoted fans. As a result, he has evolved into an artist sans fronti?e, able to exist outside the strict confines of corporate music industry machinations and pursue his own creative goals.

The uninitiated may therefore have expected an evening of solemn reflection populated by reserved, indie-shop habitu?. Well, it wasn't. The plaintive Smog on record is a different character in the flesh, and his songs were both uplifting and laced with pitch black humour. The lyrics took on a previously unheralded air of defiance - "I root for the underdog, no matter who they are".

Smog tends to build most of his songs around short acoustic guitar progressions. The delicate arrangements on his latest album, 'A River Ain't Too Much To Love', gave way here to more full blooded interpretations. The backing of drums, guitar and bass added warmer hues to the haunting "Say Valley Maker". The paean to his family, 'Rock Bottom Riser', had its redemptive lyricism fully explored with backing band in full flow. The wonderfully fluid stick work of Dirty Three drummer, Jim White, proved as mesmerizing as the front man.

Callahan himself was something of a curio. His lithe frame, preppy haircut and routine check shirt would have you thinking he's the middle-America everyman. His banter was minimal and his vocals melancholy. But he also liked to play the rock star demagogue with bouts of pouting, legs-spread-eagled guitar strumming, and bizzaro gyrations. He remained enigmatic and elusive from his first song to his last, at varying times savouring the limelight and at others shunning it. Still, the intimacy afforded in this bijou venue meant everyone saw Callahan's performance at close quarters.

In a little under two hours, Smog had covered a healthy section of his latest release, and a number of celebrated songs from his later albums. The lilting 'Our Anniversary' with its shimmering guitar figures delighted the audience. The deliciously dark sentiments of 'Dress Sexy at My Funeral' rocked the encore. As an introduction to Smog, the evening could have been an endurance. For the initiated it was joyous.