Arriving late I missed the opening song from support act Dwight, A Cork band that I have heard of but have never actually heard as they play here about as often as Saddam Hussein plays bluegrass on the banjo. Alas, they've been hi-jackeened like so much of our local talent. Anyway, they were an excellent start to the evening. Tuneful and purposeful they presented us with cracking (and somewhat disturbing) songs. 'Gardening' was a stand out track which was something of a stalkers diary. I was singing it in my head on the way home which was a good sign for Dwight but maybe not for me... The three brothers displayed understated confidence as they happily shared their brand of pop rock with a highly receptive crowd. Simple, clever and catchy songs. Check these guys out. Excuse the clich?but they do rock in the best possible way. Imagine the Kinks after a few too many double expressos... 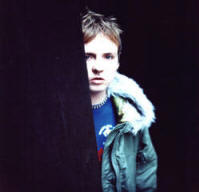 Fellow Corkonians PlaytOh took the stage after a short interval. First impressions - the days of the big band are back! Four men and a lady on the stage. The line up includes a violinist and a lead guitarist who doubles as a keyboardist in his spare time. It was nice to see a violinist making an interesting contribution to a band's sound. Far too often it seems they are there to provide orchestral background noise and add a touch of class. Not here. Experimentation all over the shop. I thoroughly enjoyed their set. One of the songs - 'Laura' - was truly a lovely and touching number. Others were heavier. All were admirable.

I could have gone home at this point and would have been happy that I had received value for money but at the end of the day (been watching too much Euro football - excuse the footy-ism) I was here to see Pony Club. I barely got a copy of their second album 'Family Business' in time to give it a few spins in the car stereo and I was really looking forward to the gig. (If you don't have this album - get it.) Mark Cullen and co took the stage and I was as impressed by their live show as I was with their recording accomplishments. Polished is not a word I use lightly (in fact, my wife will testify I have never used it in my own home). Note perfect to the album, Pony Club used a laptop to provide some backing tracks which left little room for error or improvisation. My own opinion of using backing tracks for a live set is that it is tantamount to cheating but I wont go into that here. Oh wait, I just did. Oops.

That aside, their set was superb. Tracks like 'Dorset Street' and 'Knees' are instantly lovable (even to my brother who had never listened to them before). 'CCTV' from their first album 'Home Truths' was quite the crowd pleaser, myself included, as was 'One of a Million'. Pony Club were radiating energy and the audience were lapping it up.

Funnily enough though, after the show I was chatting to some people who were severely irked by Cullen's arrogance onstage but I found it amusing and it actually added to the show for me. But then again I always cheer for the villain.

This was the last show of the Pony Club tour to promote 'Family Business' and I was damn glad to be at it. Anybody who thinks that The Corrs and U2 are the 'be all and end all' of Irish music is either an ass or simply wasn't in Cyprus Avenue tonight.