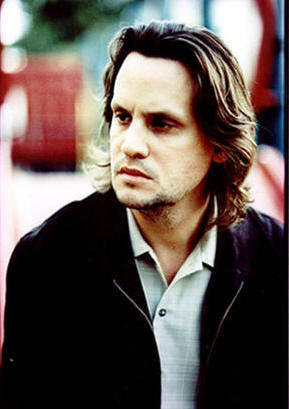 Review Snapshot:
So, here it is. My long-delayed review of Mark Kozelek's solo outing at Whelan's last November (Editor: Review was submitted in July 2006!) What the world has been waiting for and all that. I'd like to inform you that I was so moved by Kozelek's staggeringly beautiful tales of love and loss that it took me this long to sufficiently compose myself to write a coherent review. The more prosaic truth is that I recently got my computer 'de-virused' and thusly it is only now that I have been able to retrieve my overly-effusive review. Anyway, enough of me. Read it and weep.

Full review:
The artist formerly known as Reginald Dwight once said that sad songs say so much. In fact, in an ideal world maybe the medium of rock and roll should only be relayed to us through minor chords. No other art form recognises so well the malaise that lies at the heart of every living soul. Only sad songs speak to us on why love: the absence of it, loss of it, the power of it (tick where appropriate) can kill everyone with a heart. Sometimes so powerful, it seeps into our DNA, twisting it until we can love no more. The music of Mark Kozelek explains these feelings in a way. In a way if you climb inside them, they provide solace; a buffer against the world without actually producing any solutions (because there aren't any).

In Whelan's, in front of a quietly reverential crowd, Mark comprehensively picks songs from his Red House Painter days, current incarnation Sun Kil Moon and a few from his 2005 album, a complete cover of Modest Mouse's 'Tiny Cities' album (his version of 'Trucker's Atlas' feels like a long-lost Painters classic and, whisper it, infinitely better than the original).

There's a loose feel to proceedings as if Kozelek is back in his home-studio in San Francisco, nonchalantly strumming up some new songs or deconstructing old ones. Intros are less that; more of a insatiable artist attempting to keep his oeuvre fresh, trying to get inside the song first, finding the best angle to begin with and then emerging from within. And then when he does it hits you, like a new dawn. The rockier numbers he has done with the peerless Red House Painters become new and different, refashioned, reborn even. The almost sprightly, 'Carry Me Ohio' becomes something different again, sadder, gentler, if that's possible. The impossibly dark 'Medicine Bottle' makes an appearance too. It's unsettling to hear it here, like meeting someone you believed had long since passed on.

But the killer blow is a powerful and elegiac 'Ruth Marie'. Here Kozelek performs a stunning piece of emotional ventriloquism: placing himself in the mind and body of a dying woman, endeavouring to make amends with her daughters she remembers as once being just babies on the floor, to look into their eyes these eyes she gave them, to make peace before she's gone. It's stark and beautiful and utterly bewitching, and towards the end I find my eyes welling up. And after Mark walks off stage with a sheepish wave, the power of it fails to dissipate for many days, the impact of that one song reverberating through me like a turbine that won't switch off.

Check out a review of Sun Kil Moon live in Vicar Street in 2004.