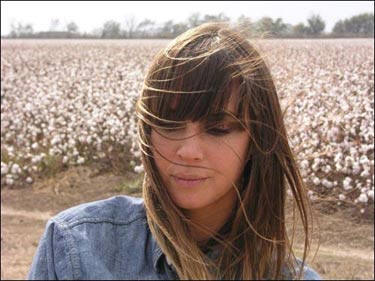 Review Snapshot:
Cat Power, or Chan Marshall to the taxman, has been on my 'Must See Live' list ever since coming across her 'Cross Bones Style' video late one sleepless night on MTV many moons ago. Now that I can at last tick her off the list, has it been worth the wait? In a word, no. I was bored rigid.

Full review: So which Chan Marshall will turn up tonight? Will it be the inwardly-tortured soul that could quite possibly bring the gig to a premature end or are we to see, as recent reports suggest, a newly reconstructed southern blues chanteuse? In the end, we get a mixture of both.

Quietly sneaking on to a ludicrously underlit stage, Marshall is barely visible as she and her Dirty Delta Blues band launch into a series of indistinguishable Southern country-soul arrangements, lifted mainly from 'The Greatest'. It's around here that the problems arise and it's to do with the aforementioned album. Though it does boast a couple of stand-out tracks, 'The Greatest' as a whole is a rather inert, one-paced collection and its songs, as on record, fail to engage in a live setting. The strongest tracks 'The Greatest' and 'Lived In Bars' are the only salient moments in a tedious first hour or so. Stifling yawns, I consider leaving early but I persist 'til the end, thinking that matters could only improve. I should have left.

We watch as Marshall derives huge pleasure from flinging the microphone cable in circular motion and flitting erratically around the darkened stage like a restless shadow. In the latter stages of this interminable endurance test, she does the obligatory covers: 'Dark End Of The Street', 'Satisfaction' and a Gnarls Barkley/Patsy Cline 'Crazy' hybrid are rolled out but it's too little, too late.

Some tracks from 'Moon Pix' or 'You Are Free' may have redeemed matters somewhat but ultimately there is a laziness here that borders on contempt for the audience.

And yet, what exactly do you expect from a Cat Power gig? Nothing is ever straightforward with the ever-capricious Marshall and part of her allure has always been the often chaotic nature of her performance style. The problem with tonight is that Marshall seems reasonably in control. Apart from her obsession with microphone cables, there are no abruptly truncated songs, no tearful breakdowns or incoherent asides. The new 'soulful' Cat Power has, well, lost her soul. She will always have that heart-wrenching voice full of bruised disappointment (not to mention her striking, melancholic prettiness) but she just isn't as intriguing as the Indie Queen of a few years back. Bring back the beautiful fuck-up, I say. At least that would have been far more compelling than this crushing bore of a gig.