Anne: "What do you call a guy with a shovel in his head?"
The whole crowd (including the barmen): "Doug!" 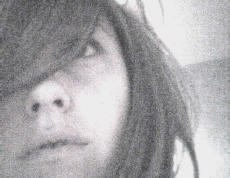 No, Anne Scott should never tell jokes. Never. Thankfully, she doesn't. She writes songs, and sings them. She's bloody good at it too.

She's one of those people who walks in, and you think, "she must be famous". She's got that aloof, charismatic distance thing going on. That's before she takes the stage.

The much-underrated June Molloy started the show, followed by Padraig Duignan. JM was excellent, PD had a bit of a nightmare, but in his own words?"semi-saved it".

Then Anne Scott takes the stage. Remember that "charismatic distance" thing I mentioned? Forget it, she's a star. A big bright, shiny star. She eases into her set in such a lazy, relaxed way that you just settle back, and go with her. You don't care where she's taking you, you just go. She'll even provide a flask and sandwiches for your soul. I wish I knew the names of her songs, but I don't. "this is called?.something", and "This is new?it doesn't have a name", are excellent working titles, though. She's with a band, and they're so tight you could wrap them around the Netherlands, and give Peter the night off. (peter was his name wasn't it?). You can see that telepathic thing going on, where they just know the songs so well, that pretty soon, the crowd will know them too.

I went in for something to do on a Sunday night, but came home whistling and humming her songs. Good sign, that. So go see her, she's bloody good.

Just not at jokes.