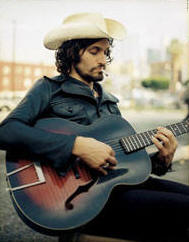 Review Snapshot:
To some people, being stuck in a Pontin's Holiday Centre for a weekend with three thousand terribly discerning musos is a Kafka-esque nightmare. All Tomorrow's Parties is where the music festival meets the Twilight Zone.

Full review: No other music festival comes with a heavier dollop of irony than All Tomorrow's Parties. Having some three thousand fully fledged members of the hipsterati descend on a Pontin's Holiday Camp for a weekend of revelry and off kilter music is one thing, but persuading the likes of Yoko Ono to perform in spaces usually reserved for bingo and ballroom dancing is quite another. Thankfully ATP has firmly established itself over the last five years that the location has long since become a mere footnote. That said the incongruous sight of mid-afternoon crazy golf games never fails to raise a chuckle.

APT chooses to distance itself even further from the big beer sponsored summer festival blow-outs by letting one artist or band curate the entire line-up. Following in the footsteps of Sonic Youth, Autechre and earlier this year, Slint, everyone was now at the mercy of what actor/director/musician Vincent Gallo considered to be good music

The naysayers will ruefully shake their heads and dismiss it as a studied act of pretension - a 'pseudo-festival' as a mate described it, archly - but bollocks to that when you find yourself at it having a blinding time. I'd defy anyone to walk into any festival and see Dublin lads Thread Pulls doing their throbbing, discordant guitar thing and not help but think they were in for a great weekend. Okay, so admittedly this first band you see at a festival you always think are good even if it's Jive Bunny, but this was a more than pleasant starter.

Peaches, like most women, has that multitasking lark nailed. She sings, she plays guitar, she changes outfits several times, she duets, she makes feverish, sexually charged techno, pretty much all at the same time. It's kind of like the Rocky Horror Show on ecstasy: the manifest eroticism, the hi-octane 'F*ck ME' histrionics, the belting tunes. Great fun.

Lydia Lunch is another firebrand who'd sooner kick you in the face than cook you a Sunday roast. She delivered her own form of post-rock/jazz radical dissentertainment with a backing band that looked like extras from Twin Peaks. It was all very sinister, but if you were safely coalesced in the back rows and thus avoiding the risk of being scorched alive, it was engaging. By the end you came round to her way of thinking; "God Was the First Cop" seemed like a reasonable observation.

This being a festival it is always more likely than not that you find yourself queuing for a hot dog, or having a sneaky joint when it turns out you are simultaneously missing out on THE BEST GIG EVER. Mercifully this festival prerequisite was maintained when I was reliably informed that Japanese school girl punk rock duo, Afrirampo, were the best thing all weekend. I, naturally, was watching some guys play Time Crisis 2 in the arcade. You win some, you lose some.

The bitter resentment slowly dissipated by the time Autolux were halfway through their set of marvellously rich, shoe gazing, guitar rock. They all have nice haircuts, and are from New York and are so terribly now that they should be put into boxes and kept unopened and sold on Antiques Roadshow in fifty years as a collector's item.

Buck 65 is just one of those magnetic performers that makes you stand agog and admire. A natural bright spark and raconteur, he melds his yarn spinning to some wonderfully skewed beats, creating a persona that's part vaudevillian showman, part beat poet, and part carnival carney. He still apes that Waitsian shtick, but it remains cool as f*ck; in a parallel universe, he wins Pop Idol at a canter.

Trapist did a brainmelting set of spacey, improv jazz-rock, with about two tunes that went on for an hour. All three band members looked like they'd rather be laminating their back issues of the Wire, but it was spellbinding nonetheless.

Magic Markers were fronted by a shouty upstart whose first act was to berate a member of the audience. She then fell about the stage and molested a guitar for a half an hour before disappearing. It was rubbish, but sort of compelling rubbish like You've Been Framed.

The festival continues in this similar vein; Gallo's undercard punching considerably over its weight, and the headliners proving something of a damp squib. The much trumpeted Suicide show was fairly meek, and a reminder of how something once seemingly so vital can now barely register a pulse. The pair gave it loads but looked like two decrepit Dickie Rock impersonators. Yoko Ono cooed and caterwauled into the mic for a half hour but didn't have the stamina to rock and roll any more.

To his credit, Gallo did manage to coax PJ Harvey into her first solo show for some twelve years, and she overcame initial self-confessed nerves to deliver a captivating set. The diehards swooned as she tossed out numbers from every page of her celebrated songbook. At times the band were missed, but Polly Jean is far too accomplished a front woman to let the absence of some sweaty session musicians hinder an evenings entertainment.