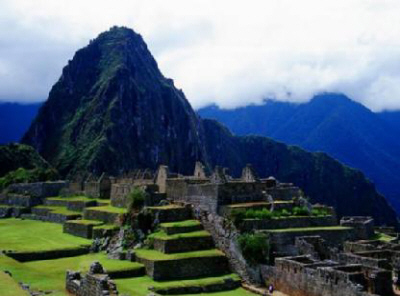 Review Snapshot:
Strolling around artistic hub of Cuzco, the Peruvian city, I came across a sign advertising a free concert of Argentinean folk music. Needing to rest up before the 4 day trek that is the Inca Trail, this seemed like the perfect quiet night. It was definitely quiet (soothing even!), certainly not what I expected at all, but I came away hugely impressed. Chances are they will never grace the green isles, but if you're ever in Cuzco and feel like chilling...

Full review: Whilst strolling around Plaza San Blas, Cuzco's artistic hub and a space evocative of an Andean Montmarte, I came across a sign advertising a free Argentinean folk concert that night. Having just spent an amazing night in Copacabana listening to a passionately ecstatic alto-sax and guitar duo, while reeling in the midst of a lock-in at a smoky, hippy den of Argentinean extraction, this seemed to be exactly what i was looking for.

Arriving at the cultural centre a little after the advertised time of 7:30, yet another side effect of my gloriously inadequate/non-existent castelleano, I found myself in Draiocht 6 years ago. Well not really, but it was a long white hall, filled with white plastic garden chairs and certain spooky undertones. On the walls hung the works of a local  artist apparently inspired by the San Pedro (a local hallucinogenic cactus) , providing a starkly different, and darkly psychedelic back drop. This was not what I had expected. At all. In fact this was about as far from a smokey hippy den as you could get without joining the Scientologists and hooking up with Tom Cruise. However, this was Cuzco, they were Argentineans, and despite noting, with a little concern, what looked like the inclusion of interpretive dance on the program, surely it had to be good?

As the hall slowly filled the guitar strung up softly, and a hush descended over an exceptionally arty audience. Sh*t! It was spoken word poetry... in Spanish! Yet despite my linguistic handicap, and initial shock, (we were too far in too escape) I was knocked sideways. Narzena has a most amazingly beautiful voice, an enchanting sing song which resonated with the guitar and echoed throughout the hall.

With the second tune Narzena (thankfully) started singing and drumming and the effect was breath taking, with no other explanation being possible. She has a soft yet powerful voice, almost evocative of Joni Mitchell and the spartan drumming and quietly brilliant guitar work provided a perfect counterpoint. Someone in the crowd started singing a haunting harmony, wow, welcome to Latin America!

Midway through the set came (I think, can't be too sure with my shoddy Spanish) "Como arbolito en ontonc" which saw a shaker replacing the traditional drum. The lilting percussive effect fitted perfectly with an uplifting almost "Black bird" like guitar piece, it meshed beautifully into probably the most impressive song of the night. To be honest, I've never heard such beauty live. It was like Eva Cassidy, but in the flesh. Mind blowing, especially when you started digging the art in the background.

Thankfully the interpretive dance only featured sporadically throughout the set (it's hard work) but one "piece" that deserves mention featured a red blanket and presumably bore the title, "woman mourns for dead lover before experiencing an ecstatically tranquil rebirth as sunset falls on the Andean plateau." FFS! Actually there was one slightly better, but less dramatic, dance along the lines of "Don't forget your poncho if you want to go to work."

All in all, and at the risk of sounding like an 83 year old digging a nice cup of tea, it was a lovely evening. Parts did drag as music as soft and foreign as this generally does, but there was enough quality in the tunes to lift you out of a snooze and into something slightly more ethereal. The set ramped up towards the end with a few more enthusiastic numbers, which were obviously crowd favourites, and stirred up the energy and that (in)famous latin hot blood.

Aguabinas are defiantly amateur but played with a passion, confidence and exuberance that was warmly engaging. A great experience, if only for its wondrous uniqueness.

CLUAS is proud to confirm that travel and subsistence expenses relating to Daragh's exclusive coverage of this concert were picked up by CLUAS.com's (cough) enormous (splutter) Google ad revenues. Thanks to such financial empowerment you, dear reader, can expect more insightful CLUAS coverage of fine musical happenings from the obscurest of global corners.