The Making of an Album, part 1: Pre-production

First of a four part guide to recording an album...

We all have a fair idea about how bands like Coldplay, Radiohead or U2 go about recording. They have big chunks of cash that allow them to lock themselves away in expensive studios for weeks and months on end - writing, experimenting and ultimately coming up with the material that will sell millions and help them recoup that initial cost. 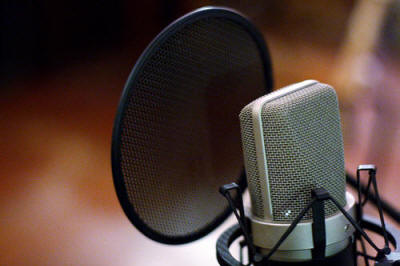 The point of this series isn't to show you how they do it, as the costs involved in making an album this way is just far too prohibitive to be even contemplated. Rather, we'll attempt to show you how anyone can go about getting an album made. One that they would be proud of for a budget that, although at first look might seem expensive, will be the equivalent of the (instant) coffee budget on a Coldplay album.

Most bands that come to their local studio wanting to record an album are, more than likely, doing it for the first time. And seeing as it's their first album they usually have a bunch of material that they've been working on for a long time which they've honed in the rehearsal rooms down through the years. This is good for your time constraints.

One aspect of the recording process that is often overlooked is known as pre-production. It's a pretty loose term that's used to describe all the work the band does before they go into the studio proper. Now it may seem pretty obvious but you'd be amazed at how many bands simply don't rehearse before they go into record. Either that or they spend all their rehearsing time drinking coffee and talking about the hot girl who works the desk outside!

Rehearsing your little rears off is so hugely important. That small silver disc that comes out at the end of the studio sessions isn't going to turn to dust for an awful long time. It'll be around long after you pass and so the result of doing a half-arsed job on it will mean you will be forever reminded and embarrassed by it. So before you even think about a studio, rehearse until you can all play the songs in time, in tune and, most importantly, with confidence.

Of course once you, as a band or artist, have the songs ready for recording it might be an idea to get some outside opinions on them. This may require a quick trip to a small studio or, as is the case today, purchase a couple of microphones, a sound-card and a set of headphones. Everyone has access to a laptop these days, so get a Digidesign Mbox 2 and a few Shure 58 microphones. That will cost you about €500 from Europe or €350 from the US. That's a day and a bit in a studio or your own personal mini studio that's fully compatible with the big boys. This way you can record demos of your song and listen to them on your iPod at anytime. You'd be amazed at how hearing yourself back will give you a totally new perspective on your songs.

Most importantly, though, it will put everyone in the recording frame of mind. Your lead guitarist will, hopefully, be more concerned with how the song comes across than wanting to play a 5 minute screaming guitar solo that no one is interested in. Though sadly this isn't always the case!

At this point you should have decided on your final selection of songs, and maybe honed them a bit more having heard them recorded. Most people will then go along to a few studios and price them and see what you can fit into your budget. This isn't exactly the best thing to do. Although the equipment in the studio is very very important, the one thing it will all depend upon is the guy twiddling the knobs, the sound engineer. A good engineer doesn't necessarily need a €1200 per day studio to do his/her job well. They need somewhere that feels comfortable to them and will meet the needs of the band. Also, more often than not engineers work out of a select bunch of studios and they can get you a good deal that you might not have been able to get if you approached the studio directly. The engineer will see your budget - please make a realistic budget - and tell you honestly what you can achieve with it.

When you look to hire an engineer make sure you have researched exactly what they have recorded in the past. A modern engineer is no longer the type of person who wears a white coat and spends their days elbow-deep in circuit boards repairing €100k mixing desks. Rather, today's engineer is someone who concentrates solely on the sound side of things. For that reason their discography is their CV.

An engineer must have all the basics, they must know their way around a modern studio, they have to know how to use Pro Tools, they MUST have good ears and, very importantly, they must get on with the band. You will spend a lot of time with this person, so if you don't get on that will just make the whole experience unbearable. Your engineer is the foundations on which your album will be built, at least sonically speaking. So when you make the decision, make sure you get it right. A lot of engineers have their own recording equipment too, which might make your life easier down the line when it comes to working outside a studio.

In next week's instalment we'll look at where to record.

This is the 1st part of 4 part series of articles on 'Making an album'. Check out the other articles: