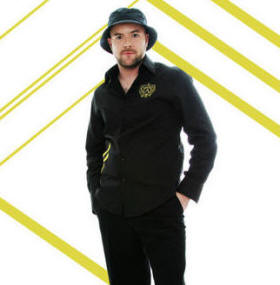 It's a commonly held and totally understandable misconception that Mayo is actually a continuation of the Burren in disguise. Musically, that's pretty close to the truth. Although deceptively flush with talent - a few varieties of teenage cover bands, acoustic guitar-touting pub singers, and a proliferation of trad musicians - the output of the musical wasteland that is Mayo to the wider world is shamefully small.

From this bleak background emerges Ken McHugh, who is not only a prolific songwriter, but producer, studio owner, label owner, multi-instrumentalist, general studio expert and the central figure of Dublin-based Autamata. Autamata's latest album, Short Stories, has been slowly gaining recognition for being a work of delicate electronic originality, taking the listener on a journey of musical discovery. Trad, albums, Jellyman, electronica, the future, Ken McHugh has a lot to say...

Coming out of a ridiculously musical background, Ken has been working both the foreground and the background of the Irish music scene. Like so many people, he got into playing traditional music from an early age, and was no stranger to playing live. By the time he reached his teens, he and his sisters had made their debut TV performance on RT's Screen Test, and were regularly booked out to play at various special occasions. So how did those traditional beginnings develop into the technical prowess we see today?

"When I was in secondary school, I got into rock and started playing the electric guitar. I'd play with my friends?I got a dance machine and I'd spend hours sitting in my room coming up with songs and ideas." True, the influence of teenage rock is still strongly felt in his newer music, though incredibly subtle. Ken's writing has obviously matured along a different path than most teenage rockers. "I wrote a few dance songs at first, you know, the basic beats, but then I realised hey, this is kinda boring, so I branched out?I realised then that that was what I wanted to do."

Ken's own studio, Area 51, is becoming the choice of Irish acts like the Corrs, Mundy and so many others, while he himself has produced albums of such renown as David Kitt's The Big Romance and is just finishing work on Roesy's latest. His label, Left Hand, has featured Cathy Davey, who also appeared on My Sanctuary. "It's all one to me. I don't really see myself as being any one thing above the other. My role is promoting music and Irish music in particular."

"There's great variety in what I do: one week I could be producing a hip-hop record, the next remixing a dance song, then working on a new guitarist's album. It's what keeps me going. Every penny we make gets put back into the studio. You learn from the industry, so that's how I'm learning where I can go with Autamata."

Three years after its initial release, Autamata's first offering My Sanctuary, is looking at being re-released to the public ear again, due to its slow but steady increase in popularity and demand. But whence was Autamata born, and how did it get to here? Where does Ken McHugh end and Autamata begin?

"I was always writing music. I wrote two albums just as Ken McHugh before My Sanctuary was even an idea. I sent them around to mates to get their opinions on the songs. I worked on a lot of film music as well, for example a Colin McPherson film called Saltwater, and a French film that unfortunately fell through. Autamata began as just me, then I began working with Sarah Verdon and (former CLUAS writer) Carol Keogh?they would come in and write songs over the instrumental tracks I was writing. We've had a fair bit of success over the last few years; the music seems to be getting more popular years after it came out first."

No doubt the increase in popularity of both Autamata and My Sanctuary is due at least in part to having tracks featured in Tara Road, Woody Allen's Match Point and a new deal for Mitsubishi ads in the US.

"That was great. I mean you write this music, and people associate a mood or feeling to it. The music I write is very cinematic anyway." You need only listen to My Sanctuary once to hear what he means: it's an intricate work of expansive yet tightly constructed soundscapes. "It was great exposure, especially as we're not the kind of band to play the "toilet tour" of the UK! But we do play live a bit: we get a live band together. There was Oxygen last year and we're set to travel to New York and Eastern Europe for more gigs."

"We've become more song-based since My Sanctuary. That album was really half and half: instrumental and songs. Short Stories has more songs."

The progression from My Sanctuary to Short Stories was not only a growth, but almost a period of increasing concentration. The former is airier and sounds much more like a complete work in its own right than the latter. The addictive Jellyman may still prove to be the song most remembered from the album, but then is almost the only song to stand on its own in the context of the album. However, Short Stories has been accused by critics as being too disparate a collection of songs to really engage with. Has becoming more song-based effected its appeal, either positively or negatively?

"It depends on the stage you're at yourself really," Ken readily admits. "I'd sit for hours just making sounds. My Sanctuary and working with the girls influenced my writing. I wrote about 30 songs without instruments before we put Short Stories together. I didn't constrict Autamata to working within the frame of a vocal line or a certain structure. I wasn't used to leaving space for a lead instrument in the music I wrote before. So Sarah and Carol would come in and write songs over the instrumental tracks I'd written. We sent copies of the songs around to our mates to pick the best ones to go on an album, and then I had to sit down and listen to see how to make them fit together. It is fragmented; but it's a journey, you know."

"The response to it has been excellent, and from completely mixed groups of people. I'm at the tail-end of my generation. I remember when you were either a rocker or a raver, but society has opened up since then. People like the idea, of a new sound, not like what's gone before. The album is completely mixed, but a lot of care went into fitting it together."

In an increasingly technological world, the importance of computers and technology is paramount in music production, a fact which Ken, both as musician and producer is aware of. Yet one can't help but notice the steady encroachment of electronica into the niche we've reserved for "rock": think no further than The Flaming Lips, to a certain extent Linkin Park, and most especially the progression of Radiohead from OK Computer and the Bends to Kid A and Hail to the Thief. Electronica is no longer just the province of the DJ Shadows of the world, but is being used to create a whole new realm of new and almost indefinable styles. The contempt once felt for computer-generated music as "artificial" is as valid as deeming the electric guitar "artificial."

Autamata manage, especially in tracks such as Crazy, to produce everything we look for in rock through electronic means. Can electronic media be seen as a viable path for the development of "rock"?

"Yeah. It helps people push boundaries, you know? I just got back from London, and nearly every band over had those rock haircuts and spiky guitars. They're like cover bands, working their own versions of what people have played before from a blueprint. That's why bands like Radiohead are still as popular now with Hail to the Thief as their earlier stuff. People love a fresh sound." Ken is always enthusiastic, and dedicated to the idea of producing music that sounds new and different. He cites the Beach Boys and Bjork as influences, which goes far to explain a lot of what we can hear in Autamata.

"Electronic instruments are tools. My Sanctuary in particular was heavily programmed, but then I played bits of guitar and bass over it. For Short Stories, we got [Halite drummer] Graham [Hopkins] to put some live beats in. That's why I wanted to start my own label, Left Hand: so I could make my music the way I wanted it to be. Some labels and producers will try to tie you down and put you in a box?this way I wouldn't have to make any compromises."

Surely though, having your music pre-programmed on a computer removes a large element of what we treasure in rock and similar: improvisation, 6 minute long guitar solos?? Do electronic instruments leave scope for improvisation, or is improvisation just not as important a feature of this type of music?

"Well, that depends on you. It can restrict you or it can work. I often use some different miking techniques when recording to make things sound more interesting. And we've used real-life beats: we raided the kitchen and recorded Graham hitting the table with knives. We work with whatever is there.

"As I said it depends on you. It's not just hitting a few buttons. In particular, when you're producing an album, you have to think about how you can mix and match up to the artist you're working with."

Sometimes after two such different but equally explorative albums, it's hard to know where to go. How is the future looking for Autamata? "Good." A lukewarm statement maybe from anyone else, but so coming so clearing and self-assuredly it leaves no space for doubt that the future could be anything else.

"It's slow, but I'm happy with what we're doing. We're getting around the world. The albums seem to get bigger over time, which is why we might be looking at a re-release for My Sanctuary. The whole industry is like a big machine, and you learn from it as you go along. I can see myself still making music when I'm 90.

"When we get back from the US and Eastern Europe in January, I'll be going straight back to writing, but for the moment, Liberty Bell is up on iTunes and Napster, and things are looking good for it." To be honest that depends on what circle you move in. Liberty Bell was perhaps not the wisest choice of single release, and the response to it has been mixed. Being overplayed on the radio is certainly not helping the situation. Still despite this, Autamata's reputation is ever-increasing and deservedly so.

Check out the CLAUS review of Autamata's album 'My Sanctuary'