This article was first published
on CLUAS in May 2006

Over 60 acts will be performing at ATP in May, Cluas looks at 10 who are most worth checking out.

TV On The Radio

Blurb: TV On The Radio release the follow up to 2004's Shortlist Award winning "Desperate Youths Bloodthirsty Babes" in the coming months and this is a great opportunity to get an early sample of what could be one of the albums of the year.

Blurb: One of the most influential bands to ever come out of New England Mission Of Burma split up in 1983 due to the band playing so loudly one of them was at risk of going deaf before reforming in 2002. If you've never heard "Academy Fight Song" or "That's when I reach for my revolver" your life may not be complete. 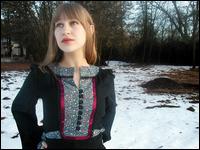 Blurb: Joanna Newsom's "The Milk Eyed Mender" is one of the most charming records to be released in recent times. Wistful and quirky if you can get into her rather unique singing voice you'll find her to be one of the smartest lyricists around. She hasn't played Ireland in over 2 years and it's virtually worth making the trip over just to see her.

Blurb: The all-knowing allmusic.com uses the following adjectives to describe the Brooklyn based Liars' music: intense, ambitious, suffocating, difficult, urgent, uncompromising and cerebral. In other words, everything you might expect from an indie-rock band that puts the emphasis on rock.

Blurb: Rhode Island's loudest were formed as a 3 piece back in 1995 but have since settled on a lineup consisting of Brian Chippendale on drums and vocals and Brian Gibson on bass. Regularly eschewing the stage to play on the floor in the middle of the crowd noise band loving Ryan Adams told Pitchfork this year that he wanted to take them on his last tour openers just to mess with his audience. 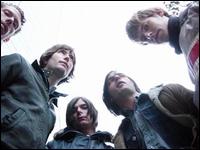 Blurb: Stars of the documentary Dig!, although now without wisecracking spokesman for the revolution Joel Gion BJM are worth catching to just see if they implode onstage.

Blurb: After releasing on of the best albums ever in 2002's "You Forgot It In People" Broken Social Scene are finally getting the recognition they deserve. This probably won't be one of their mammoth 3-hour gigs but a 30-minute "best-of" from them is potentially mind blowing.

Blurb: According to Natalie Portman in "Garden State" The Shins are capable of changing peoples' lives. That might be taking things a bit far but "Oh Inverted World" and "Chutes Too Narrow" are both wonderful albums and they've got a third due out later in the year.

Blurb: Easy to dismiss as an act for viewers of The O.C. who are over Deathcab - The Decemberists' Colin Meeloy is a very literate songwriter and he and his band rarely get to play in this part of the world.

Blurb: There has to be something in the water that makes Canadian musicians incredibly collaborative. Toronto has Broken Social Scene, Montreal has Islands and over on the West Coast Vancouver has it's own indie supergroup in The New Pornographers. Comprised of members of Zumpano, Thee Evaporators, The Destroyers (who play the same day) and Neko Case this band do a really good line in indie-pop.