A review of their album 'The Garden' 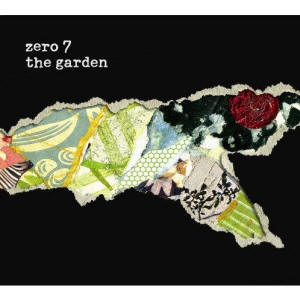 Review Snapshot:
The "English Air" cough up an opus of varying-quality pieces, largely destroyed by Jos?"bouncy-balls-down-a-hill" Gonz?ez and largely rescued by Sia Furler's soaring rhythms. Could be better, could be worse, and make a strong case for musical euthanasia along the way.

Full Review:
There are no suitable opening paragraphs for The Garden: the closest there is probably goes like "if 21st century schizophrenia had a sound, it would probably be not dissimilar to this album". A little like their consistent references Air, Zero 7's latest album tries to cover all its bases - but, as it turns out, does so with much less aplomb.

While 'schizophrenia' is undoubtedly too harsh word, it's not, ultimately, a whole lot far off the mark - The Garden isn't just a dichotomy, but a trichotomy. Songs are either heavily layered with the guitars and vocals of Jos?Gonz?ez, part-written and sang by Australian R&B/jazz chanteuse Sia Furler, or largely instrumental. The three all have separate identies, and throwing them all onto one disc seems akin to shoving a rich, blue woolly jumper and a blood red football shirt alongside a white wash.

Let's start with the instrumentals, which admittedly is only one full song, although practically claims a couple more. Seeing Things is a curiously grand instrumental tribute to video game music through the ages, beginning with Tetris-like blips and working through Sonic The Hedgehog-style chimes. It is, though, perhaps half a minute too long. Similarly, Your Place is the closest thing to Air on show, with brief rare lead vocals from Zero 7 full-timer Henry Binns, backed by flanged swelling keyboards before jazzy, cymbal-laden piano brings the pulse. Shame, then, that the vocals disappear at the same moment, but perhaps the song itself is destined for televisual use. Indeed, Your Place may also have benefited from a minute's chopping.

Gonz?ez's contributions, it must be said, are rarely interesting - not a great thing when he dominates four tracks of the twelve. The opening Futures is a steady, acoustic-meets-space-age tinkle with typically hypnotic, if not overtly ordinary, vocals, but when Gonz?ez returns at the midway with Left Behind, his phlegmatism begins to rear an ugly head. The track itself pretty much a Gonz?es solo: short with cocophonic guitar and doubled vocal. Much better suited to his solo Veneer, the song is drastically out of place here, especially when lopped as a mid-point. The following Today is Gonz?ez's best contribution, showing manoeuvrability beyond nauseating plucking. Indeed, it would be bang on the button for the closing - or opening - credits for a reasonable non-Blockbuster movie. Somewhere it becomes clear that Gonz?ez is dull when - like all of his own album - his singing is dubbed with more of his singing; and has strangely more depth, and much less drone, when presented on a raw line. There's no better example than on his last contribution, Crosses, which tries its best to inject itself with a pulse but can never succeed - not, at least, after Gonz?es takes all of ten seconds to make it clear that he's making a case for musical euthanasia.

Where the album shines is on Sia Furler's contributions, beginning with the laid-back, trumpet-augmented, Papas Fritas-esque bop of Throw It All Away. A radio edit would make a sleeper hit of a single, just like Pageant Of The Bizarre, The Garden's standout track - insanely memorable, momentous and other than a strange pipe-organ link leading to contrapuntal choral greatness at the end, would be gorgeous. Furler's ability to soar is confirmed further on the excellence of This Fine Social Scene: a head-nodding, rhythmic song with an epic, almost orchestral interlude, and by far the most memorable piece on show. Waiting To Die, is an excellent finale - easily a KT Tunstall single, Furler once again rescues momentum by singing about a glass of wine while waiting for the apocalypse. Strange, then, that the song is perfect picnic music - a celebration that humanity has gotten this far at least. It feels a bit like hidden treasure but at the same time emblematic of the album itself: the album itself waiting to die; but life all the better for the few good bits discovered along the way.