A review of their album 'My Medicine' 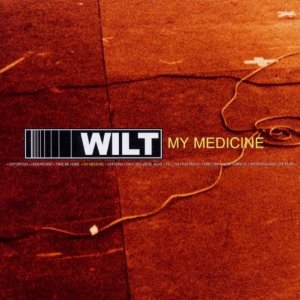 'I can learn my lessons well / my reasoning decides' sings Cormac Battle on 'Family Man', the eight track on 'My Medicine', Wilt's second album. This claim is not without substance. From the ashes of Kerbdog, Battle and his comrades have come a long way and seem to have had their fair share of knocks en route.

My Medicine is an accomplished second outing. A fuller, more experimental sound along with the magic touch of Dave Eringa (Manic Street Preachers, Idlewild) together have produced a piece of work that reflects just how good this band really is (the constraints in the production of Wilt's debut on the other hand 'Bastinado' didn't do justice to the songs).

The lyrics featured touch upon everything from mental breakdown to an obvious derision for the drudgery of a nine-to-five existence (with, for example, Battle observing on  on 'Family Man': 'Toiling solidly twenty-four hours a day / Makes a great escape for those who think that there could never be any other way').

The tracks 'My Medicine', 'Dave You Were Right' and 'The Plan' reflect a band not afraid to examine its more melodic side - with very pleasant results. Indeed the variety of styles on My Medicine is more explorative than Bastinado and hopefully this will be expanded on in the future.

On a heavier note, the band has also finely honed the skill of writing kick-ass rock tracks. The album includes the excellent singles 'Take Me Home' and 'Distortion', which have both received much airplay over the last few months (and well-deserved too).

As a second album, My Medicine bodes well for the future, a pleasure to listen to and, yes, just what the doctor ordered.