A review of the Wilco album 'Sky Blue Sky' 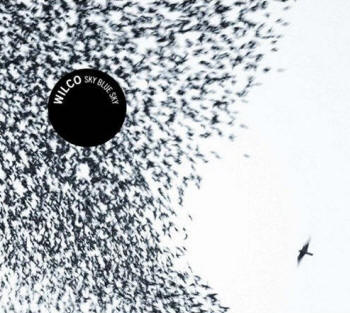 Review Snapshot:
There's no getting away from it - the new Wilco album isn't the avant-garde white-noise primal scream that some people seemed to demand from them. Instead, it's a more laid-back '70s rock version of what the band have always done well; thoughtful and likeable US alt-pop flavoured with country and blues. It won't, it won't rock you - but you'll definitely be swayed.

Full Review:
These days it seems impossible to read about Wilco without having to wade through opening paragraphs of amateur psychobabble about Jeff Tweedy's personal problems, his band's personnel and music-industry difficulties, and so forth. All this seems to have conditioned expectations as to what Wilco should be sounding like. Perhaps it also explains the initial cool reception from fans and critics alike to their new album, as chilled-out and summery as its title 'Sky Blue Sky' suggests.

Nonetheless, early reviews by the likes of Mojo, Pitchfork and The Observer (to take three at random off the search engine) still feel it necessary to stick with their pre-determined position of 'pitch-black cry from the tortured soul of Tweedy'. Listen to 'Sky Blue Sky' and hear for yourself how ridiculous this is. If Wilco's new record has indeed been made by a bunch of edgy, neurotic junkies then they've pulled off a remarkable trick in sounding so thoughtful, fair-minded, positive and laid-back.

Though not always as relentlessly sunny as the title, the prevailing mood in the lyrics is one of cautious optimism: album-opener 'Either Way' finds Tweedy hoping that "Maybe the sun will shine today / The clouds will blow away". Unfortunately, such unimaginative weather imagery recurs in many of the tracks but at least we are spared the worst of the Met Eireann school of songwriting: no stars or thunder or rain.

Musically, the dominant influence here is clearly '70s AM rock with a touch of country and blues - just like it has always been for Wilco. True, there are less angular and quirky sounds, but the good-time goofiness of 'Outtasite' (from 'Being There' or the mellow reflections of 'She's A Jar' (off 'Summerteeth') could both fit comfortably onto this record. The 'new' Wilco is pretty much like the old one.

In parts, this album grooves. Most fans have already picked up on the excellent 'Impossible Germany' and its slinky 'Marquee Moon'-alike guitar duel. Perhaps for the first time in their lives, Wilco sound sexy. The other stand-out track is 'Walken', a piece of stomping piano and dumb fun. Having seen Wilco in concert in Paris recently, we can confirm that these two sound fantastic live. On record, they sound just as enjoyable.

Other songs here are bluesy, almost soulful - tracks like 'You Are My Face' and 'Side With The Seeds', where Tweedy's voice soars with feeling. In fact, on such occasions he sounds a bit like Don Henley (live, we can see that he looks more and more like Harvey Keitel). And the title track is a quiet country shuffle that reminds you of Badly Drawn Boy's 'P*ssing In The Wind'.

On the whole, though, this is a fine album. What it indisputably lacks in sonic pioneering or gut-wrenching emotion, it more than makes up for in capable songwriting and blissful summer sounds. It would take a cold heart and a closed mind not to like it.