A review of the album 'Wheatus' 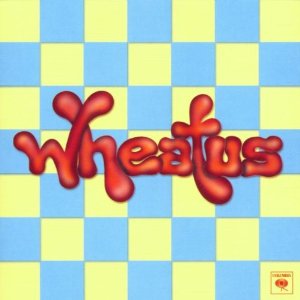 If you are looking for something new you won't find it here. On the back of the single 'Teenage Dirtbag' however, I doubt anyone is looking for revelations from this punk-pop-rock band taking over the airwaves with their lyrically uninspiring fast cash wonders. First of all, who designed the cover? Not that you should judge a band on the record sleeve but it really isn't very... inviting. In fact it appears pretty empty and unsurprisingly I found the music is just that; without depth or emotion.

From Long Island New York, this band of four spent much of their early years in and out of 'punk - hardcore' bands, obviously not gaining enough life experiences to inject some realism into their songs. It seems Wheatus might be aiming to grab an audience momentarily instead of actually enthusing on a long-term basis. Although it must be said that songs such as 'Truffles' or 'Hey Mr. Brown' (B side to that beloved 'Teenage Dirtbag') are catchy and easy to bop along to, on the whole the songs wash over you like different variations of the one tune. 'Leyroy' is the only song that has any potential. The words are pretty emotionally immature and unimaginative with lines such as "cough up the rent, Mr Kent / and don't try to blame it on the government" or "I can't deal with this idiot / yeah I must admit / he's a punk ass bitch".

It is however impressive that Wheatus were allowed to produce their debut album, quite a feat really considering they are signed to Columbia. Brendan B Brown's voice begins to pressurise the tolerance threshold as I gave the whole album a chance. It has to be said that 'Teenage Dirtbag', whether you love it or hate it is at the high end of the album's spectrum. Poppy, catchy and ultimately irritating, Wheatus have churned out an album destined to sell due to that soaring single on the US charts. But I resign myself to getting used to it - the future songs of your summer car radio and, in the end, a soundtrack to any American high school movie.