'Twilight as played by the Twilight Singers' 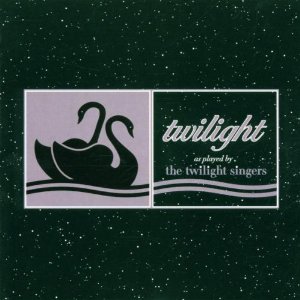 'Twilight as played by the Twilight Singers' is the strangely unapproachable title of a project fronted by Afghan Whigs main man Greg Dulli. When I first saw the album, the name conjured all kind of horrid musical possibilities in my mind. The cover of the album only served to enhance these possibilities, emblazoned as it is with swans and twinkly stars. Thankfully though, this shallow business of judging a CD by its cover was put aside and I eventually managed to listen to 'Twilight...'.

'Twilight' was first recorded in '97 but wasn't initially released. It was however bootlegged by Afghan Whigs fans, a fact which may have contributed to the album being re-recorded and subsequently released. The album features Fila Brazillia and members of Howlin' Maggie and Screaming Trees among others. Each song is rich in musical texture and very complete. There is a huge variety of instruments used, along with beats and samples and a number of different singers. The production and mixing is handled brilliantly by Fila Brazillia and Greg Dulli - the amount of musical layers present, with contrasting vocals, beats and frantic instruments could easily have seen the album descend into chaos, but they ensured it went nowhere near.

The album kicks off with 'The Twilite Kid', and upbeat tune in which Dulli's breathy vocals and a rhythmic drumbeat are the main players. The second track 'That's Just How that Bird Sings' is easily the highlight of the album. The song sees three vocalists with very different voices sharing the lyrics to gorgeous effect. 'Railroad Lullaby' starts almost like a Macy Gray track and reveals a harmonica and brilliant chorus before long.

There are many great moments on 'Twilight' - the above are just a few examples. When you add them up there is no doubt that the result is a great album, albeit in disguise.