A review of the album 'Lateralus' 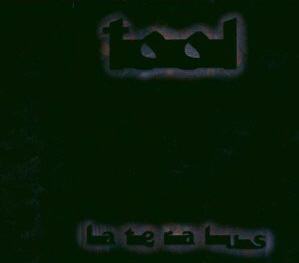 Tool are somewhat of an unusual force in the metal scene. Since their first EP, "Opiate" in 1992, their blend of dark atmospherics and dense, intricately structured music has evolved markedly on each of their subsequent releases, the albums "Undertow" in 1993 and "Aenima" in 1995.

Which brings us nicely to their new album, "Lateralus". This, their first full length studio album in six years has been a source of some anticipation in the heavy metal press and it has been tipped to be the rock album of the year. Well, from the first listen it is. From opener "The Grudge" to the closing "Saaip De Oiad" this album is a complex collage of fiercely heavy, Sabbath-esque riffery and complex rhythms and beats against which vocalist Maynard James Keenan's delicate tenor draws a stark contrast, until he lets rip with the kind of primal scream that would have Bobby Gillespie hiding in the closet. If you've heard Tool before then you'll know what I mean. If you haven't, then you're missing out on one of the best bands of the metal genre.

Par for the course with Tool the sleeve is first class and it'll probably take you about a year to fully get into. Even so, there are VERY few bands like Tool out there, and, in a way, we should be grateful for that.