A review of their album 'Tragedy Rocks' 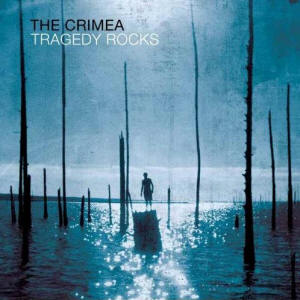 Review Snapshot:
Hailed as a refreshing inclusion to a new wave of Brit Pop, The Crimea do respectable pop/indie melodies while keeping a sense of fun and sombreness throughout. But why is it that I can't help but feel there's something off with this record?

Full Review:
From the opening twinkling of the sober piano keys, one would expect some sort of elegiac ode but this quickly kick starts "like a mule" as we are told.  'White Russian Galaxy' - a head-nodder of an opening - comes with the brilliant chorus of "who knows what goes on in her pretty little head", something most men must think to themselves often enough. Gender intrigue aside, single 'Lottery Winners On Acid" is a jaunty jingle complete with xylophone that matches the scraping guitar riff, sometimes sounding like a Jamaican steel drum sway.

Musically the album ranges from normative indie with an exhausted hazy mellowness to downright weird in the ranting spacey 'Opposite Ends'. 'Girl Just Died' is stuck between its lyrical vulnerability and an ironic honesty concerning Davey's own fear of finding the ideals in life. A great anti-Beach Boys humour is implied with 'Bad Vibrations' but with 'Miserablist Tango' I am thinking I just don't get it.

The sheer OTT of 'Gazillions of Violins' (where McManus compares his heartbreak to the Texas Chainsaw Massacre) shows his nerve and his sardonic humour (the amusement of depressing silences being interrupted by a massive orchestra...). The concluding 'Someone's Crying' takes things more seriously: the unanswered frustration of a friend, bereaved following a suicide, who vents his spleen at the "Lord" and his lack of intervention. Tragedy rocks? Not on this track.

On paper this album is lyrically brilliant but middling in terms of tunes. McManus's rasping voice can become gratingly hard to handle (and it can sound like he has just come from the pub in either a right temper or in state of placidity). What is lacking on 'Tragedy Rocks' is the killer tune that his words deserve, if they had that The Crimea would get a lot more notice outside of the indie spectrum.

The songs are catchy but I found that they were being forced into my conscious rather than being happily remembered upon exit. With this feeling of being inside McManus's warped mind it can be a bit unsettling and when you hear the songs in your head, it can leave an indelible purple mark where they lingered. Don't ask why it's purple, it just is.